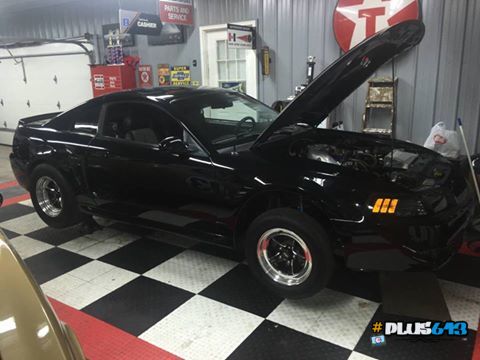 If it is what it says it is that's a steal

i do not like the placement of the turbo underneath, but i think i know someone that could re-route it.

You always want the turbos located as close to the exhaust manny as possible to minimize any loss of exhaust velocity, which equates to later spool up of the turbos. What troubled me from the pics was seein a single intake pipe comin from one side of the engine bay. The intake pipes on a twin turbo need to mirror each other as closely as is possible which didn seem to be happenin here

Here's an example of a wicked Nelson Racing Engines TT BB Chevy [www.nelsonracingengines.com]# Note how the turbos mirror each others location and are intended for the compressor outlets to make a gradual 180 degree transition to their signature "Anteater Intake". That is how it's done right

Ooops, seems the link dudn work as I'd intended and they have also blocked me from copyin a pic off their site directly ... fargin bastidges!

they ran your credit and chimp'd ya.

i got in and saw plenty.
^ that ^ Mustang looks like shit now.

Yeah the NRE TT packages are uber-sweet but ... they also start at just shy of what this cat is sellin his whole car for.

Had a buddy in Ohio that had $150k earmarked to build a hot rod and wanted to drop one of these into a '69 AMX and we had worked through much of the early pre-build parameters lining out the right tranny, rear end and such about 4yrs ago. The plan was for me to head up there and spend a few months stayin at his place as we put it all together.

Mark's a crazy fucker and we were gonna have a blast doin the work, but ... his crazy ex managed to get into his bank account and wiped out all the fun $$ before we ever got started.

Cops showed up at his place w/a stack of hot checks she'd written on their closed joint account and gave him 10 days to settle 'em or they were gonna drag him off to the pokey. Seems they couldn find her, but knew right where he was and it havin been a joint account, well, you get the picture.

When it was all over about all he could do was

and ask 'em to please use the "unsanded" vaseline before stickin it in.

i remember that story. i hope he got some sort of satisfaction from all of it, but i bet he's still walking a bit funny from that cornholin".
Mrkim Report This Comment
Date: January 08, 2017 05:50PM

Provin once more that karma does truly exist, a year or so later he heard she wound up parilyzed from the waist down from some other stupid shit she pulled