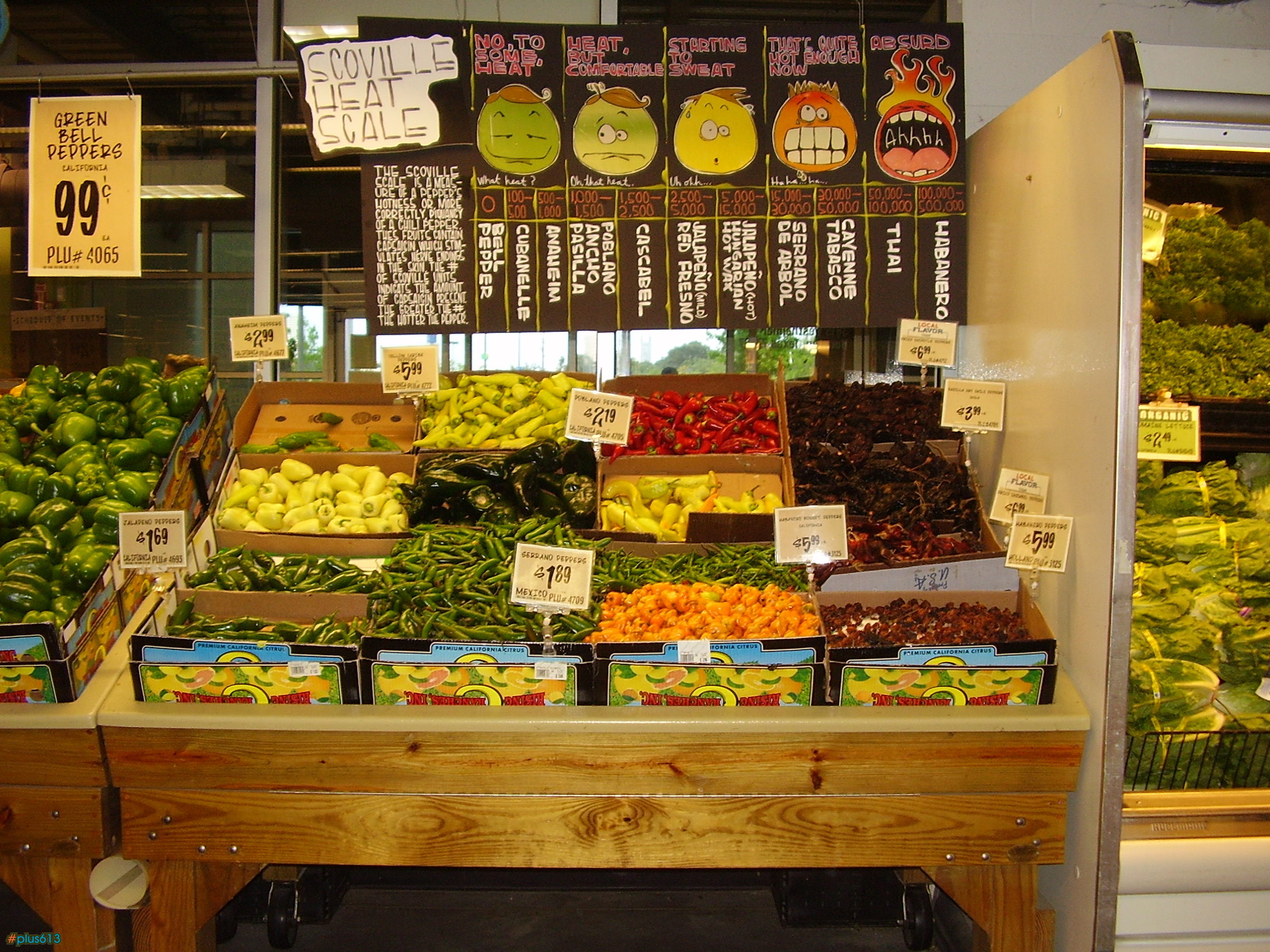 I'm growing Ghost Chillis at the moment (Naga Bhut Jolokia - 1,000,000 scoville units), certified as the world's hottest chillis in the Guiness World Records. I'm not entirely sure what to do with them though, my wife doesn't mind a hint of spice but isn't a chilli nut - I like it hot but even that's probably too much for me

We'll see - maybe I can cook it into something to give somebody else. Hrm...

Send some to Kim, he loves that stuff!

Pulse, Bhut Jolokia is no longer the hottest

With your chillies, make some chilli jam, it goes well with cold meats, cheese and many other foods!!

google for recipes, there are many to choose from.

Edit: Hot damn! The moruga is no longer the hottest: "The Naga Viper rates an astonishing 1,359,000 on the Scoville scale"

Plan to start container garden soon. Bubble buckets(hydroponics) Sun blaster HO T5s(fuck HIDs); six of them arranged in trapezoid- two on top two on sides backed with orca film (will supply pics of my rig when possible). Growing Naga jolokia, chocolate habanero, and Trinidad moruga scorpion. Also fuck all that 30 day germination bullshit. I can make them rise in under a week!
Then I'm gonna burn this world to the ground with hybrids(or maybe I'll end up with some interesting bells at least which can be stuffed with pork and those nukes ahahahaha)

Oh yeah if you are starting to sweat from a mere 2k git tha fuck outta my kitchen! We stuff red savina habs with ghosts and pork (halal) 'round hyar
pulse Report This Comment
Date: March 22, 2013 06:44AM

Well as for my op, had my bubble burst and all of my equipment has been hijacked so I'm going to have to rely on good old fashioned sun light and dirt.
6 morougah Trinidad scorpion red
6 giant bhut red
5 7-pot brain strain red
4 fatalli
12 lemon drop
Sown last night in cheap jiffy nft green house
Today I was shopping for some cilantro to plant while waiting for germination and early veg stage and ran into a month old bhut!

These seeds are taking their time to germinate. Kinda old I guess (freebies) but one of the lemons just started to push up. Will be scoring more seeds nonetheless and newer.

(edit to correct "there" to "their"

One morougah has germinated!
Scored four habs at nursery today. One is pot and the other three go to community garden plot.
ImNotLikeEverybodyElse Report This Comment
Date: April 26, 2013 11:09PM

Will be getting peach bhuts, yellow brain strains, and more scorpions

Gotta tobasco the other day too; straight to the cg
Cg's are cool as fuck. Highly recommend joining one or ten if you can

Got a white hab bullet and a datil-grown datil before, fun plant- from my guy wid da dro shop.

(sorry to highjack this for my personal grow-log but can't register at thp for some reason so gotta do it.)

One of the giant bhuts broke and another scorpion a few days ago!
Scored a tai dragon today for the cg plot
My neighbour dropped all his in the his plot. Pure fire garden his! I like to grow other things...

Got my chocolate scotch bonnet and black scorpion (which seems more like an anuam type not remotely resemble chinence - terrible spelling) as promised. Then I fucked up and got a 7pot. Once again I'm over my fucking head and out of my mind.
Then three cherokee purps latched to me - they have a mind of their own it seems and some Swiss chards and I am so scared to go to the market tomorrow because I know I'm going to wind up with even more. All those people in my head are going to be really pissed at me.
pulse Report This Comment
Date: May 19, 2013 08:29PM

My bhut's are ready for picking. Now to decide what to do...
ImNotLikeEverybodyElse Report This Comment
Date: June 05, 2013 11:47AM

Just received a blessing of a pot full of cayennes. Twent is what I rescued. I've now a bunch of 'maters and... I'm very abundant in crops... I'm too busy to continue grow log now
pulse Report This Comment
Date: August 04, 2013 05:54AM

I pulled all the seeds from my bhut and cut the diseased plant right back. It probably won't survive but I plan on planting all my seeds right as the weather begins to heat up. Should be good
BlahX3 Report This Comment
Date: August 04, 2013 02:11PM

Burn the cuttings so the fungus won't spread elsewhere.