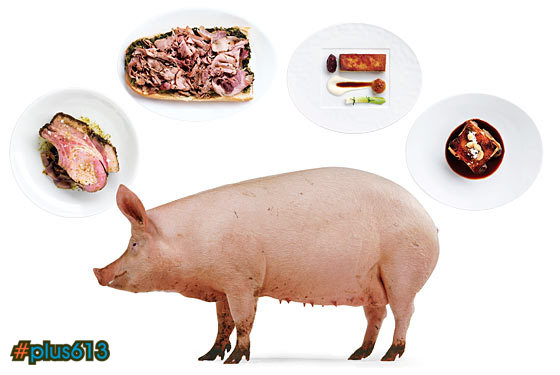 look, one of the chimps threw some shit at me.

Hit you right in the middle of that pastey white rubber balloon that you call a head to.
Chimp Report This Comment
Date: April 04, 2009 12:31AM

i am impervious to liberal shit. toss away!!

Fossil, as a scientist, how can you possibly subscribe to conservatism? Do you buy into the idea that the Earth is only 6,000 years old and that evolution is a ridiculous notion? And do you believe that giving tax breaks to the wealthy will create enable some of their money to "trickle down" to the rest of us?
fossil_digger Report This Comment
Date: April 04, 2009 02:09AM

who told you i was a conservative?

they've been yankin' ya.

I'm a conservative and no I don't hold with the 6k yr old earth BS, totally believe in evolution and .... anyone who doesn't believe in the "trickle down economics" ideology truly is showing their own lack of intellect.

It's so simplistic it's hard to imagine how anyone (even dimwitted liberals) can't get it, but here goes. Unless you are self employed or somehow fabulously wealthy without a need for a paycheck, here's how it works :

John Q works for the All-Or-Nothin Widget Corporation which is owned my Mr. Widget. When Mr.Widget is doin well financially, all the employees at AONWC get a paycheck, get vacations, maybe even sweet bonuses. But, as soon as Mr. W starts feelin the pinch from drops in sales/taxes/administration fees/implemented governmental management programs foisted upon AONWC he's likely to A. start cutting employees hours/cutting personnel/freezing salaries/cutting bonuses/reducing vacation time/etc. in efforts to firm up the bottom line or B. Just say fuckit, close down AONWC and head for his retirement home in the Bahamas which then puts John Q. and all his co-workers on the public dole or at least scampering for new jobs as they try to meet their own financial needs.

If this scenario seems far fetched, one need look no further than the mounting number of corporate closings/dramatic rise in unemployment and the impact these have had on good ol John Q, his family and loved ones to get a grip on how this works

And lets not forget those businesses which John Q and his now financially pinched coworkers used to buy from; they're now feeling the pinch too, so they and their employees lose income which they then can't spend at other businesses which then causes those other businesses to cut back. It's right in front of us right now how the trikle down works because the trikle has slowed to a drip which has affected everyone right down the line. How much more obvious does it have to get?
ORLANDO399 Report This Comment
Date: April 04, 2009 04:38AM

look, one of the chimps threw some shit at me.

The demochimps will never understand how corporations work until unemployment hits 25% or worse. Even then they will blame everything else instead of the real culprit, the bottom line.

Try this, when you go to pay your monthly bills and you see your left over money dwindling down, what do you do? You reduce your monthly expenditures by cutting out unnecessary expenses like reducing cable service, turning the thermostat down or many other ways to increase your personal bottom line. Corporations are the same, when their bottom line is in danger they trim the budget and to do that they reduce the number of employees. If you can't accept trickle down economics then how about trickle up economics. Give every household in the nation a check for $10,000 and it will trickle up as we go out and spend it. That would be cheaper than what they are doing now.

It's part of their new Homeland Security tactics.

The dems heard Muslims hate pigs and consider them so unclean they can't even go near one.

They figured if they added enough pork to the "stimulus package" it would scare all the terrorists away.

Did you know Obama will put forth a bill to place pig farms along the border all around the US for border security to keep terrorists out of the country?
^idiots^ Report This Comment
Date: April 07, 2009 06:33PM

He is a terrorist lover remember. He wants all the terrorists over here so he is lining the border with Virgins.
jgoins Report This Comment
Date: April 08, 2009 12:35PM

I've had 4 kids I don't think I qualify.