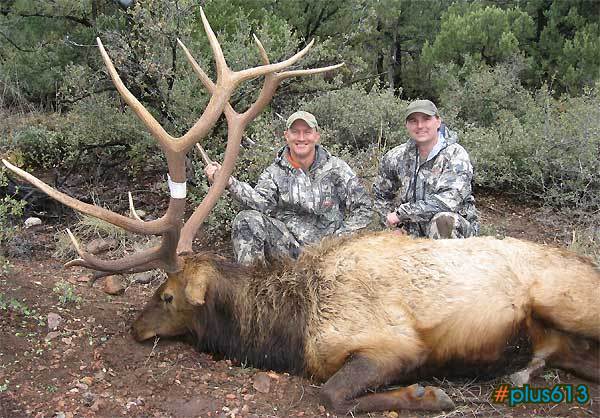 Did skullwithnobrains change his name again?
dowry Report This Comment
Date: March 12, 2009 02:43AM

eh? if you like the picture ignore the title. personally i think hunting is for hunter-gatherers aka neanderthals. but that just my opinion toady.
Mrkim Report This Comment
Date: March 12, 2009 04:06AM

Hmm, try relating that opinion to the millions upon millions of people who came before us. Had early man adopted your perspective this conversation would never have taken place.

Growth as humans, moving forward as a race is important to our survival, but so is keeping in touch with the primordial side of the creatures we are just as surely.

While I haven't hunted in years, I take no issue with those that do anymore than with those who choose not to. However, your position seems agenda-ish driven, which always gets me goin.

One of the wisest things I ever heard another say was "I'm never as concerned about who's right as I am about what's right.". Unless one claims some morality issue relevant to hunting, which doesn't realistically hold much water, then poising oneself against it in calling those who do "neanderthals" seems more like a judication based upon some thought about being inherently correct in your own thoughts.

Best of luck with that

Come on Kim, that is total crap, you don't keep in touch with your primordial side by hiding in camo with infrared sights on a high power rifle. Hunting is macho BULLSHIT for losers who need to validate by killing something unable to defend itself.

If you want to hunt, strip down to your loincloth, take this stick and this stone, ok, let's see who wins. Now you are in touch with your primordial side because you are actually at risk yourself.

got no chance understanding that i'm afraid mr kim. if you were really smart you'd be able to write it in lay terms a lesser mind like my own could understand. i don't feel there is any justification for inflicting needless suffering on another animal for sport and self-gratification, that's all. many people obviously do enjoy it but i can't see how they can be insensitive to the animal's suffering (hence terming them neanderthals). i shouldn't have bunched in the hunter-gatherers with these SportsMen though; that was a bit caffeinated.
Onyma Report This Comment
Date: March 12, 2009 06:00PM

I have to agree there is no "sport" or "primative connection" involved here. As said above, go after the animal with a something as simple as a knife or a spear or a snare and do it because you NEED it to survive and then you'll have my ok. Otherwise it's just a pansy way to try to feel like a "man".
fossil_digger Report This Comment
Date: March 12, 2009 08:29PM

i don't have any problem with someone who cares to kill a deer (we have federal conservation measures in place to insure a future for most game). some people prefer that musky "wild" taste (gag) to their meat.
But...if someone cares to kill animals for profit, heads, ivory, export, illegal activities of any kind will be tazed in the nads every hour on the hour for the rest of their lives!

have a nice day

You kill an elk with a spear, he's going to suffer for hours. One clean shot to the heart with a high-powered rifle, he's dead before he hits the ground. Same thing for Mexicans and Democrats. Shooting them is the only humane thing to do, really. Otherwise, they over-populate the environment, eat all the food, and then starve to death.
90130_ Report This Comment
Date: March 14, 2009 03:52PM