I'm surprised he even knew it was in the USA 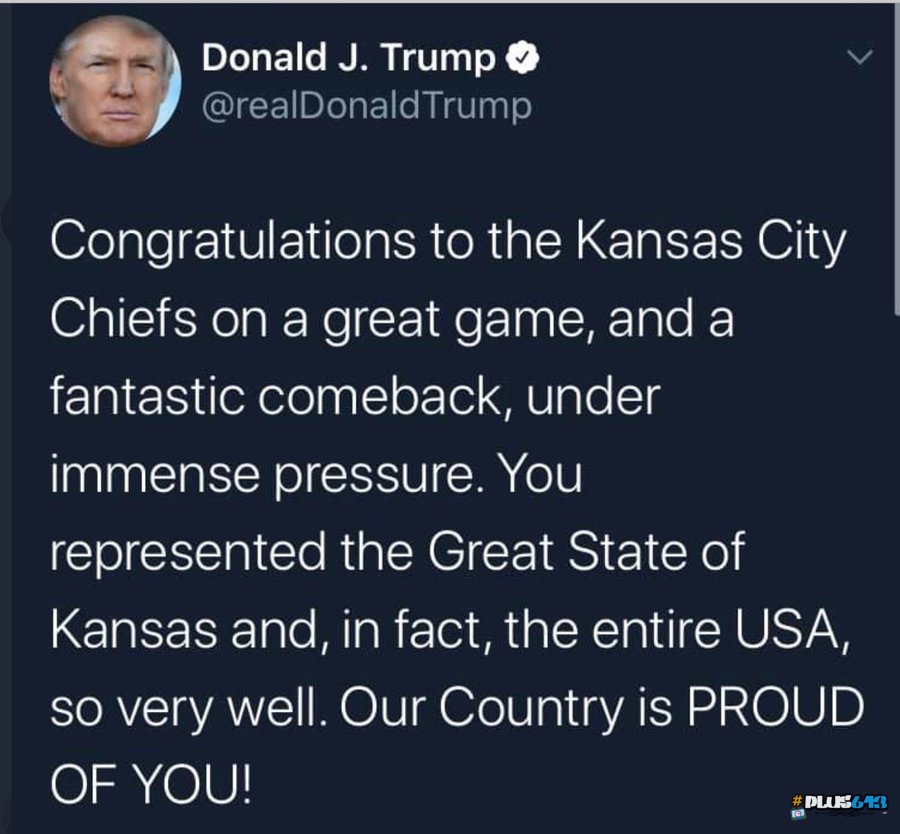 Comments for: I'm surprised he even knew it was in the USA
pro_junior Report This Comment
Date: February 03, 2020 04:27PM

now do the one where Obama said he had been to 57 states...

Kansas City is in both Kansas and Missouri, it's one big city..
anyone that isn't a football fan wouldn't know which half of the city the team is from..

Personally I couldn't give half a shit about the NFL, the superbowl, or Kansas City.
I also don't care that the President didn't know which half of the city to congratulate.