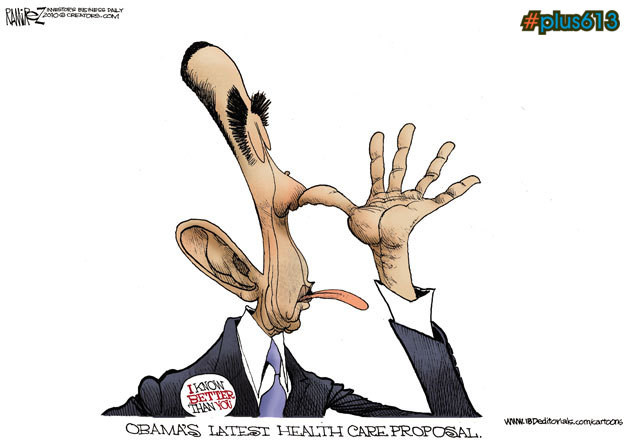 Secret Control of the Presidential Debates

The Obama and McCain campaigns jointly negotiated a detailed secret contract dictating the terms of the 2008 debates. This included who got to participate, what topics were to be raised, and the structure of the debate formats.

Since 1987, a private corporation created by and for the Republican and Democratic parties called the Commission on Presidential Debates (CPD) has sponsored the US Presidential debates and implemented debate contracts. In order to shield the major party candidates from criticism, CPD has refused to release debate contract information to the public.

In 1986, the Republican and Democratic National Committees ratified an agreement “to take over the presidential debates” from the nonpartisan League of Women Voters. Fifteen months later, then-Republican Party chair Frank Fahrenkopf and then-Democratic Party chair Paul Kirk incorporated the Commission on Presidential Debates. Fahrenkopf and Kirk still co-chair the Commission on Presidential Debates, and every four years it implements and conceals contracts jointly drafted by the Republican and Democratic nominees.

Before the CPD’s formation, the League of Women Voters served as a genuinely nonpartisan presidential debate sponsor from 1976 until 1984, ensuring the inclusion of popular independent candidates and prohibiting major party campaigns from manipulating debate formats.

In 1980, the League invited independent candidate John B. Anderson to participate in a presidential debate, even though President Jimmy Carter adamantly refused to debate him.
Four years later, when the Ronald Reagan and Walter Mondale campaigns vetoed sixty-eight proposed panelists in order to eliminate difficult questions, the League publicly lambasted the candidates for “totally abusing the process.” The ensuing public outcry persuaded the candidates to accept the League’s panelists for the next debate.

And in 1988, when the George Bush and Michael Dukakis campaigns drafted the first secret debate contract—a “Memorandum of Understanding” that dictated who got to participate, who would ask the questions, even the heights of the podiums—the League declined to implement it. Instead, the League issued a blistering press release claiming, “the demands of the two campaign organizations would perpetrate a fraud on the American voter.”

The major parties, however, did not want a sponsor that limited their candidates’ control. Consequently, the CPD was created to step in.
Since the CPD took control of the presidential debates in 1988, the debates have been primarily funded by corporate contributions. Multinational corporations with regulatory interests before Congress have donated millions of dollars in contributions to the CPD, and debate sites have become corporate carnivals, where sponsoring companies market their products, services, and political agendas. Tobacco giant Phillip Morris was a major sponsor in 1992 and 1996. The major contributor, Anheuser-Busch, has sponsored presidential debates in its hometown of St. Louis in 1996, 2000, 2004, and 2008.

That the CPD has been able to raise millions of dollars in corporate contributions is not surprising. Frank Fahrenkopf and Paul Kirk, who co-chair and control the CPD, are registered lobbyists for multinational corporations. Kirk has collected $120,000 for lobbying on behalf of Hoechst Marion Roussel, a German pharmaceutical company. Fahrenkopf earns approximately $900,000 a year as the chief lobbyist for the nation’s $54 billion gambling industry. As president of the American Gaming Association, Fahrenkopf directs enormous financial contributions to major party candidates and saturates the media with “expert” testimony extolling gambling’s “many benefits.” “We’re not going to apologize for trying to influence political elections,” said Fahrenkopf.

“These are the guys,” author George Farah points out, “deciding who gets to participate in the most important political forums in the United States of America.”

The current structure enables corporations to give money to both the Democratic and Republican parties, which essentially supports their duopoly over the political process and excludes third party voices that may be hostile to corporate power.

Historically, third party candidates have played critical roles in our democracy by introducing popular and groundbreaking issues that were eventually co-opted by major parties—such as the abolition of slavery, women’s right to vote, social security, child labor laws, public schools, the direct election of senators, paid vacation, unemployment compensation, and the formation of labor unions. With third-party candidates excluded from discourse, they can’t break the bipartisan silence on issues where the major parties are at odds with most Americans.

Of past debates, Farah questions, “In a country where corporations are the dominant political and economic force, why did the debates pass without the word “corporation” being spoken? . . . What about campaign finance reform? Corporate crime? Environmental devastation? Child poverty and homelessness? Free trade and globalization? Media concentration? Military spending? Immigration? Civil liberties and privacy rights?”

For the last twenty years, while the CPD has sponsored the presidential debates, challenging questions, assertive moderators, follow-up questions, candidate-to-candidate questioning, and rebuttals have been excluded from presidential debates. The CPD’s formats have typically prevented in-depth examination of critical issues and allowed the candidates to recite a series of memorized sound bites.
Walter Cronkite has called CPD-sponsored presidential debates an “unconscionable fraud.”