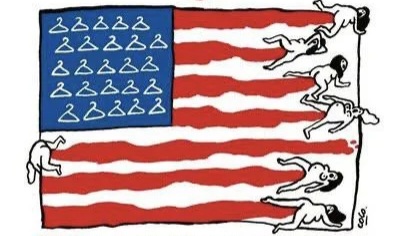 OP: It's the right-wing of the government and the religious forces that drive it, not the majority of the American public.

What I keep repeating is: it'll be amusing in short order when the religious and right-wing people discover they have unexpected pregnancies, conception from rapes and incest, and so forth, and then they'll have a tougher time remeding the situation. Saw a headline today saying that while Trump publicly cheered the ending of Roe v Wade, privately he was upset. (Which I would attribute to the as-yet-unknown number of women he's unloaded in that have sought abortions.)