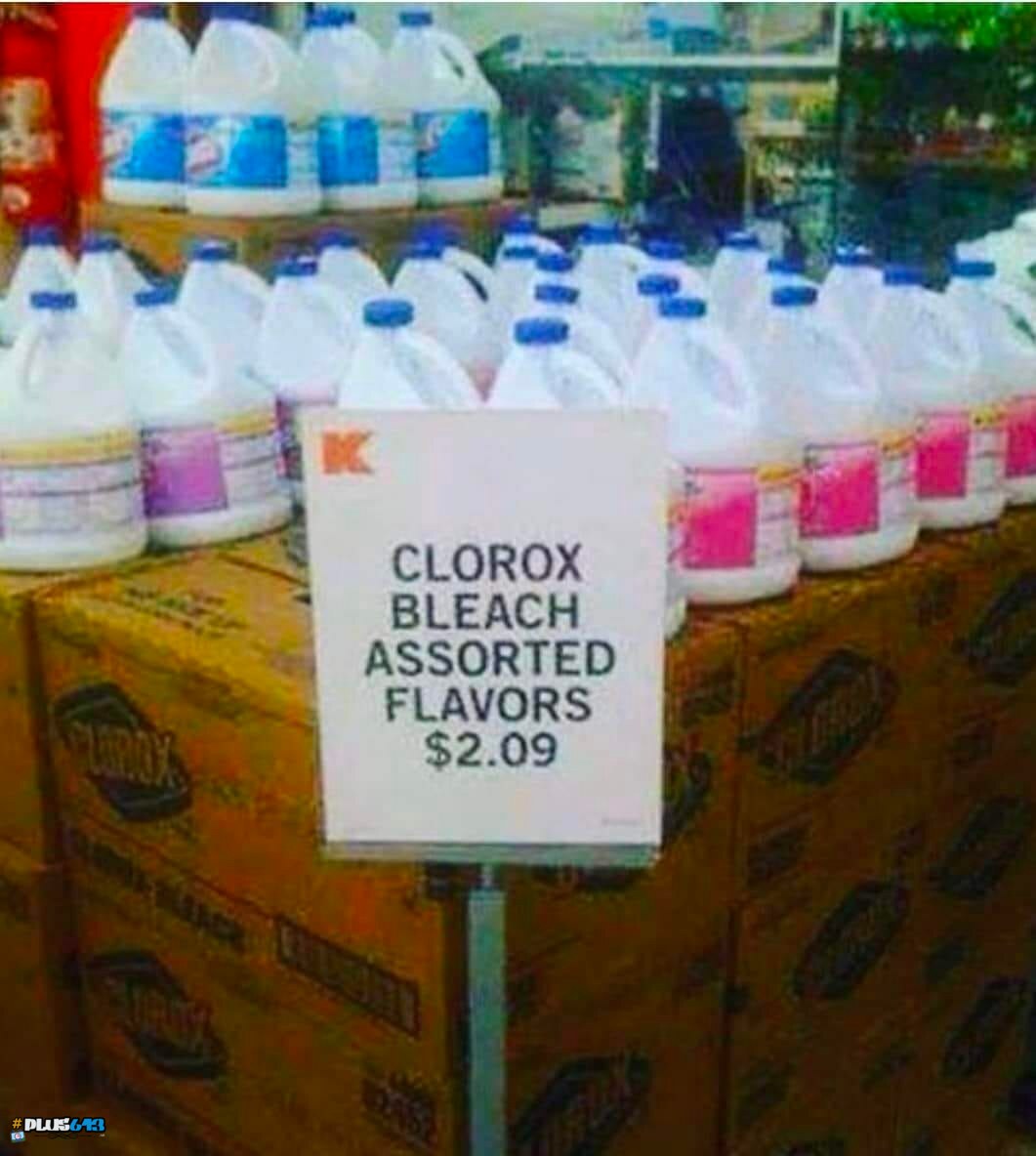 can you post a link to a source that proves said President Trump said to drink or inject bleach?
quasi Report This Comment
Date: May 17, 2022 09:34PM

Find it yourself, it'll be easy, and check out the look on Dr. Birx's face when orange genius comes up with the injecting disinfectant gem.
pro_junior Report This Comment
Date: May 18, 2022 05:17PM

I put "did Trump say to drink bleach?" into the google and this is the first result:
[www.statesman.com]

As you can see he never actually told anyone to drink bleach. He merely mused if such a thing would work. I remember hearing at the time that he said what he actually said, that it was based on him overhearing Birx and others talking about ways to clean the blood inside the body and apparently he thought they actually had a way to do it. Of course your media sources never point any of that out...

Also, I find it odd that everyone is so critical of Trump and not his advisors.
So much of what he has said is based on what others told him but no criticism of them?

What do you hope to accomplish by posting so much Trump hate on here?
We get it dude, you don't like him...no need to keep beating that drum.
I think most people just want to forget about him and move on with their lives, why are you still stuck on him?

Quote
goats
Also, I find it odd that everyone is so critical of Trump and not his advisors.

Yes, I'm sure he did choose his advisors and he made some poor choices.. I don't think he chose Fauci or Brix though. Even if he did choose them does that make them exempt from criticism?
quasi Report This Comment
Date: May 19, 2022 05:23PM

Of course I knew he never said to drink bleach but ever since he suggested injecting disinfectants that has been the trope and I went with it when I saw this photo, did you p_j? And how is that ridiculous, ignorant musing of his any better? Anyone with any sense surrounded by medical advisors wouldn't infer such a stupid thing and yet you, who has said many times you don't really support Trump, are defending his ignorant attempt at showboating then trying to lie his way out of it, one attempt among his many. One of his biggest problems was NOT listening to his advisors who he'd often ditch when they tried to correct his faulty logic. He wanted yes men and rubber stamps and became petulant when corrected by people more knowledgeable than himself. a poor trait in a leader. I've watched him for forty years and he's always been a vain, manipulative liar and those are some of his better qualities. He has the character of a snake and the intelligence of a gnat that thinks he's always the smartest one in the room, not anything needed for a leader. His evil goes beyond politics so as long as he keeps beating his own drum and stirring up his cult like following I'll beat my drum so you might as well get used to it. His admiration for totalitarian leaders and desire to be another one are obvious. I'd like to forget about him but he doesn't seem to be able to let himself be forgotten, nor do a large number of people who treat him like the second coming. I saw this picture and went with it and when things like it present themselves in the future I'll do the same; freedom of speech, my friend, freedom of speech and if you don't like that's tough, get over it. And if you don't want to be associated with him don't defend him or else fess up to your admiration of him and stop wasting our time with your denials.

I'm not defending Trump, I'm calling out hyperbolic rhetoric and propaganda. If you posted lies about Biden I'd call you out for that too.
Why is it you post so much Trump hate and never and Biden praise? Biden has been in our government for 1/5th of the history of our government, what has Biden done that is good? Anything?

Has President Trump said some stupid shit? You're damn right he has.. but what about you? Have you ever said any stupid shit? Of course you have, we all have. Now imagine if the media made sure to remind everyone on a constant basis about that? Do you still not understand the power of the media to paint someone in a certain light?

Trump is a liar!