Sure, I absolutely love to continue wearing masks and getting injections because so many people have chosen to be incubators for new variants by refusing to follow simple safety protocols making this a continuing battle far longer than it would have been.
Iiberator Report This Comment
Date: April 16, 2022 12:01PM

Sure, masks, isolation, endless hand sanitising and vaccination worked so well for me..NOT, followed all the rules, all the mandates and I still caught covid, for me it was just a bad cold with a fever thrown in. No idea how or where I caught it, but I did. Would it have been worse without the jab, I've no idea. I'm not calling it a vaccination because it's not! It's endemic now and it won't matter what we do it's here forever.
Quasi's Mask Report This Comment
Date: April 16, 2022 05:46PM

Change your News Station occasionally Quasi. There are other ways to think. Try blaming the source and not the symptom. When you talk you sound like its 1933 all over again. Reality has shown, than nothing is going to stop you from contracting the disease except for your own immune system. Peace to you.
quasi Report This Comment
Date: April 16, 2022 07:03PM

Uh huh, all the doctors and nurses that have been on the front lines fighting the pandemic are just like the Brown Shirts. And when I stepped on that nail when I was five I didn't need that tetanus booster, my mom, an actual nurse, was just like a Nazi forcing me to get injected against my will. And then there's the January 6 storming of the capitol like the burning of the Reichstag......except.....wait a second......that was done right out in the open by none other than the followers of Trump and Q. I get my news from a variety of sources including the right wing bobble heads, I just learned how to discern the truth. What happens when you loose half your IQ? You become just Q.
pro_junior Report This Comment
Date: April 17, 2022 01:48AM

plenty of doctors out there that say the masks and the shots don't work..maybe if their moms had been nurses they would understand

Is that the official statement of the AMA? lol
Define plenty.
Were all the doctors I saw just on the local news from area hospitals pleading with people to get vaccinated every day while they tried desperately to keep people alive as the statistics showed the efficacy of the vaccines just crisis actors?

Just got my second booster and I am pissed thanks to the dillwad incubators that dismissed the pandemic and just kept it rolling along creating variants as it went. EVERYBODY wants this to be over but y'all freedumb criers kept it rolling along. Freedom carries responsibilities and obligations to fellow citizens, something that's missing among the neo-"conservatives" in the U.S. who don't think a problem exists if they can't point a gun at it.
pulse Report This Comment
Date: April 19, 2022 12:39PM

What I think is kind of funny is the people saying it's not serious, it's nothing but a cold, it's not real, lockdowns don't work, whatever... are also the people who call it the "China virus".

So maybe they should also be asking why China STILL has places like Shanghai on full lockdown, people literally locked in their homes to stop the spread. If it originated from China and they know where it came from.. maybe you should be paying attention to why they're locking down so hard?

It's real and people have died from it. I've never once called it the China virus.
Covid-19 is a Coronavirus and people have died from other Coronaviruses too, but those didn't get the media attention that this one has had.
If you can still get Covid-19 after being vaccinated against it and always wear a mask then it doesn't matter if every single person on the planet gets vaccinated and wears a mask, it will still spread.
In my opinion, the only way to stop it would be if every single person on the planet went home, and stayed home for at least 30 days and then tested negative for it.
A true lockdown...and of course that will never happen.

PJ, it's real and people die from it but you lose credibility when you compare its lethality to past coronaviruses which, yes, have killed people, but not in such numbers and not caused so much illness that hospitals have at times been overwhelmed. It's like comparing a Dodge Dart with a slant six compared to a Hemi-cuda, they share some DNA and some parts but on race day the Cuda kills it. Then you ignore the fact, FACT, that while people can still be infected after they've been vaccinated the outcomes are demonstrably far better. You're so bent on the notion that everything in the media is a lie that you can no longer discern the truth. Better check under your bed, there's probably a bloodthirsty illegal waiting there for you.
pulse Report This Comment
Date: April 20, 2022 01:05AM

Many countries effectively eradicated it at the start, however returning travelers brought it home. When the majority of the world were working together, locking down etc we could've got on top of it. It was the outliers, both countries and people that remained open & mobile and have brought us to where we are today.
pro_junior Report This Comment
Date: April 21, 2022 04:09PM

quasi, what most people are really tired of is people like you. Every comment you ever make on here is full of passive-aggressive slights and outright insults. You state your opinions as though they are facts. You insist that you are right and anyone that disagrees with you is a loser and/or an idiot. Most of your comments read like a transcript from the Rachel Maddow show or worse, The View.
As a Trump hater you don't seem to understand that you are no different that a Trump lover; both equally brainwashed by mainstream media and social media.
You are toxic. You are the problem.

The truth hurts, doesn't it, snowflake pj, so you project just like your whiny hero Trump, lol.
quasi Report This Comment
Date: April 22, 2022 11:05AM

pj, you're like one of the kids I grew up with was a couple of years ago. First it was, "You don't like Trump just because he says mean things," and literally a couple of minutes later it was ,"why are you so mean?'
What goes around, comes around. If you can't stand the heat, get out of the kitchen.
pro_junior Report This Comment
Date: April 22, 2022 03:40PM

more name calling, what a surprise...
Please show me in any of my comments where I have praised President Trump. You can't because I haven't.
Why do you so thoroughly fail to understand that there are people that feel that both parties are fucked???
calling you out for being a bully ≠ being a snowflake

Never praised Trump, lol, p_j. Did you forget about the pages of crap you posted after the election when he lost, complete with anti-Semitism and racist BS? You were awfully upset when your boy lost and he has continued losing in every challenge. Here's a reminder: [www.plus613.net] The loss was his megalomaniacal delusion and you fell for it. And as for the comment you made about me being passive aggressive, who the heck uses my screen name on posts to try to poke me, lol - pretty childish. Why do I figure it's you p_j? When you won't accept the facts and endlessly talk your nonsense what else is there but mockery. You and your ilk the ones people are tired of.

And oh yeah, I don't watch Rachel Maddow or The View, do you watch them to be such an expert?

"..maybe if their moms had been nurses they would understand"

Like I said elsewhere, what goes around comes around.

hahaha I mocked you once because you constantly remind us that your mom was a nurse and because she was a nurse you're an expert on everything and therefore you have the right to attack everyone with a different viewpoint than you do..wow dude that's funny.
I realized today that the funny thing about Trump haters is they behave exactly the same way he does 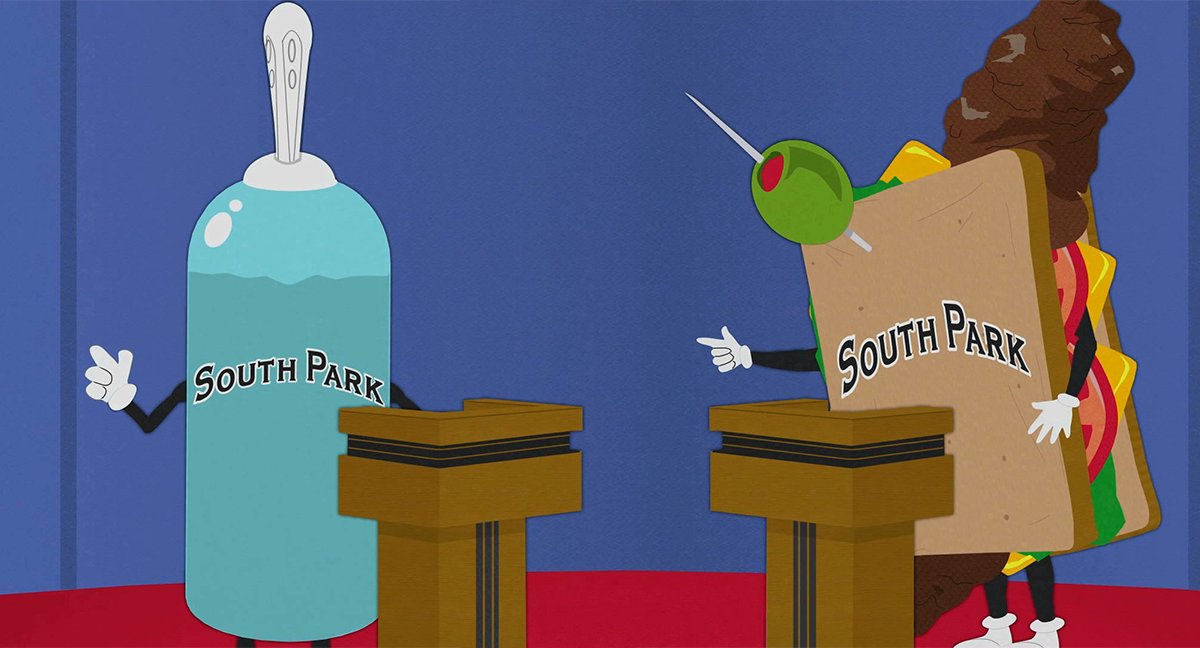 p_j, that was just the bit of mocking you jumped into this thread with. It doesn't make me an expert but I learned a few things about nursing and infections from my mom and a few more things paying attention in biology and physiology classes that give me a general working knowledge of infectious diseases, enough to know when I'm hearing bullshit. Did you not learn anything useful from your parents or from school? I assume there is or was a pro_senior, did he never impart any knowledge upon you?
As far as other mocking or whatever you want to call it, you and your cronies have been hassling me ever since I came out against Trump so spare me the bullshit that I'm always the aggressor here, you know better or you have a very short memory, though a selective dementia would not surprise me. And when you don't even recognize two of the most prominent members of congress (prominent for dubious reasons but notable nonetheless) it tells me that all your bluster about the government is just useless noise because you don't know squat about what's going on since you're locked in your own little information bubble.

Glad we could entertain you, pulse.

"you and your cronies have been hassling me ever since I came out against Trump" aww poor quasi.. always the victim, never the perpetrator..

It's not that you're against Trump.. It's that you won't shut up about it.
It's that you attack anyone that doesn't hate him and conservatives the way you do.
It's your sports team mentality.. "I'm team blue and if you're not then fuck you!!!"
It's all so tiresome.
I'll say it again; there is no difference between a Trump lover and a Trump hater. Different wings of the same bird.

Biden has fucked up so much shit since he was installed as president and not a peep from you?
Blaming everything on one political party is asinine.

I've tried to help you understand but I see now that your cognitive dissonance is too much.. so I guess just keeping drinking that yummy blue koolaid and keep attacking the red koolaid drinkers.. I'll just be here in the middle drinking water.