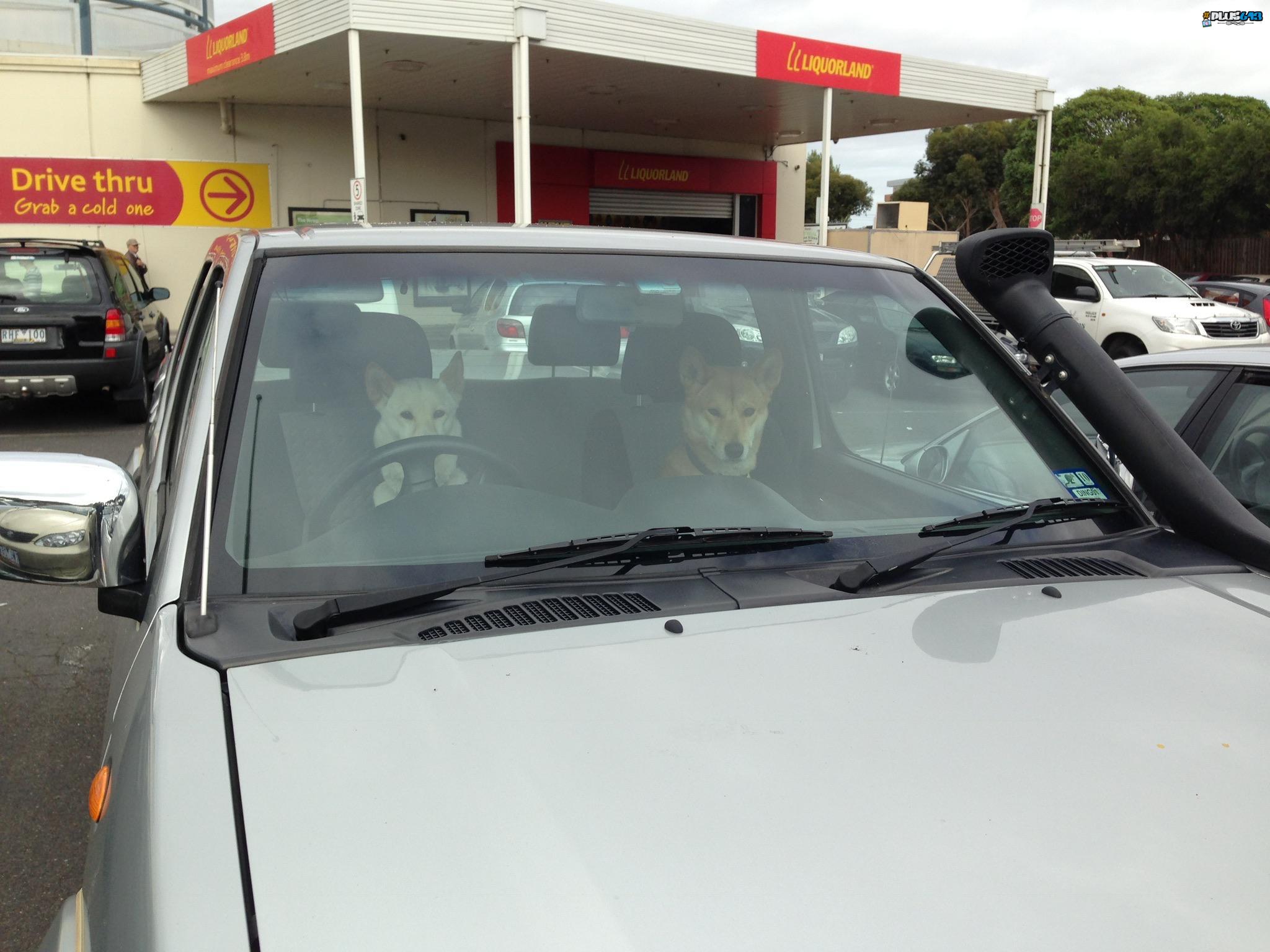 Years ago my cousin dropped by and had left her 2 dogs, one a big sheep dog mix named George and the other a wolf hound named Kazoo, in the back seat of her big 74 Caprice.

When I opened the front door as she left they were both sittin in the front seats w/George in the drivers seat with a paw draped over the top of the steering wheel lookin right at us while Kazoo was staring blandly out the passengers window as if he was bored.

A moment lost to posterity in all but memory now. No cell cams or digicams at the ready in '77