Highest resolution image of the Sun ever taken

Comments for: Highest resolution image of the Sun ever taken
pulse Report This Comment
Date: January 30, 2020 10:29AM

Astronomers have just released the highest-resolution image of the sun. Taken by the Daniel K. Inouye Solar Telescope in Maui, it gives us an unprecedented view of our nearest star and brings us closer to solving several long-standing mysteries.

The new image demonstrates the telescope’s potential power. It shows off a surface that’s divided up into discrete, Texas-size cells, like cracked sections in the desert soil. You can see plasma oozing off the surface, rising into the air before sinking back into darker lanes.

“We have now seen the smallest details on the largest object in our solar system,” says Thomas Rimmele, the director of DKIST. The new image was taken December 10, when the telescope achieved first light. It is still technically under construction, with three more instruments set to come online.

When formal observations begin in July, DKIST, with its 13-foot mirror, will be the most powerful solar telescope in the world. Located on Haleakalā (the tallest summit on Maui), the telescope will be able to observe structures on the surface of the sun as small as 18.5 miles (30 kilometers). This resolution is over five times better than that of DKIST’s predecessor, the Richard B. Dunn Solar Telescope in New Mexico.

DKIST was specifically designed to make precise measurements of the sun’s magnetic field throughout the corona (the outermost region of its atmosphere) and answer questions like why the corona is millions of degrees hotter than the sun’s surface.

Each of the "cells" on the surface of the sun are roughly the size of Texas. The resolution of DKIST is about 18.5 miles.

Other instruments coming online in the next six months will also collect data pertaining to temperature, velocity, and solar structures. The new solar cycle is about to start up again soon, and this means there’s going to be a wealth of solar activity to spot.

To observe the sun, you can’t just build a telescope the old-fashioned way. DKIST boasts one of the world’s most complex solar-adaptive optics systems. It uses deformable mirrors to offset distortions caused by Earth’s atmosphere. The shape of the mirror adjusts 2,000 times per second. Staring at the sun also makes the telescope hot enough to melt metal. To cool it down, the DKIST team has to use a swimming pool of ice and 7.5 miles of pipe-distributed coolant.

There’s a good reason why we need to take a closer look at the sun. When the solar atmosphere releases its magnetic energy, it results in explosive phenomena like solar flares that hurl ultra-energized particles through the solar system in all directions, including ours. This “space weather” can wreak havoc on things like GPS and electrical grids. Learning more about solar activity could give us more notice of when hazardous space weather is due to hit.

The telescope’s history is not without controversy. Haleakalā is important to the culture of Native Hawaiians, who protested its construction of DKIST in the summer of 2015. The DKIST team addressed those concerns in various ways, such as launching a $20 million program at Maui College to teach science in conjunction with Hawaiian culture, and reserving 2% of telescope time for Native Hawaiians.

The plan is to keep DKIST operational for at least four solar cycles, or around 44 years. “We’re now in the final sprint of what has been a very long marathon,” says Rimmele. “These first images are really just the very beginning.” 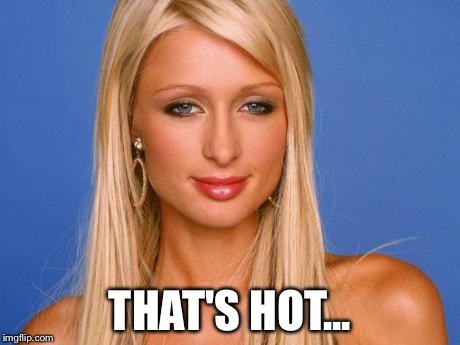