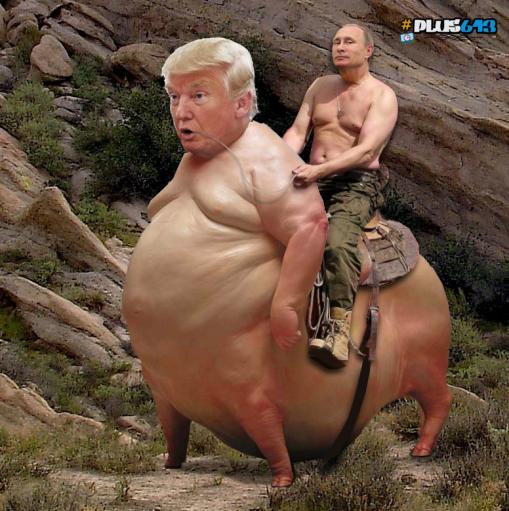 Anonymous is mentally impaired, or only listens to lies. Or, maybe it's a psychological problem.
Current POLICY is far more firm on Russia. If you are able to watch any real clips of Trump and Putin it is clear that Putin respects Trump. Then watch the clips with Obama. As Trump might say, "Not good." It was more like disdain! 'Reset Button'? No. It was more like the 'Surrender Button'. Obama spoke as if he worked FOR Putin (I refer to a famous clip that mystically you probably haven't seen).
China too. Xi Jinping doesn't blow off Trump when Air Force One lands in Beijing. It's like that respect thing again.

Yeah, I'm really thinking it's psychological now. Because (and believe me I think that the pic is well done) politically the pic is exactly the opposite of REALITY!

Did the Titanic actually sink?