so thrilled to be here 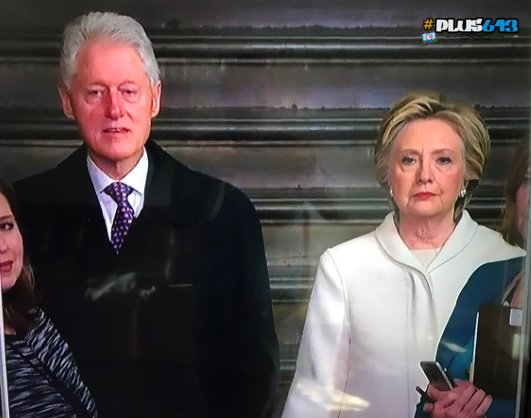 How about treason or the very least failure to protect government secrets?
pulse Report This Comment
Date: January 22, 2017 12:32PM

Not yet, but simply because she's not yet been tried for the obvious crimes she and her "non-profit" charity have been involved in.

Influence peddling, sending classified (and higher rated) emails over an unsecured server, which has already been found to have been hacked by multiple outside operators and misuse/comingling of charity and personal funds are all prosecutable crimes.

This is even leaving out mentioning Bills illegal conferencing with the head of the DOJ while all this was under an ongoing (half hearted) investigation, nor the fact that her lawyer was allowed to play both sides of the table as one giving evidentiary testimony in part of the investigation while also being allowed afterwards to represent Hilary without the inherent concept of conflict of interest ever being raised, which should have forced her to recuse herself as Hilarys attourney.

she'll run out of political favors to collect on soon.
Schlump will work on eliminating them from a position to protect her. if he doesn't....well then he must owe her one also.
i am quite confident that her days, outside the fence, untouchable, are numbered.

The very least Trump should do is tell FBI director when looking into her case if they see something worth pursuing then go ahead with it, as she no longer has any protection. If he does any more it may be seen as revenge. There should be a full investigation into the whole prior investigation.
pulse Report This Comment
Date: January 23, 2017 11:43AM

his freakin' eyes are following me around the room. wherever i go, he's lookin'. !