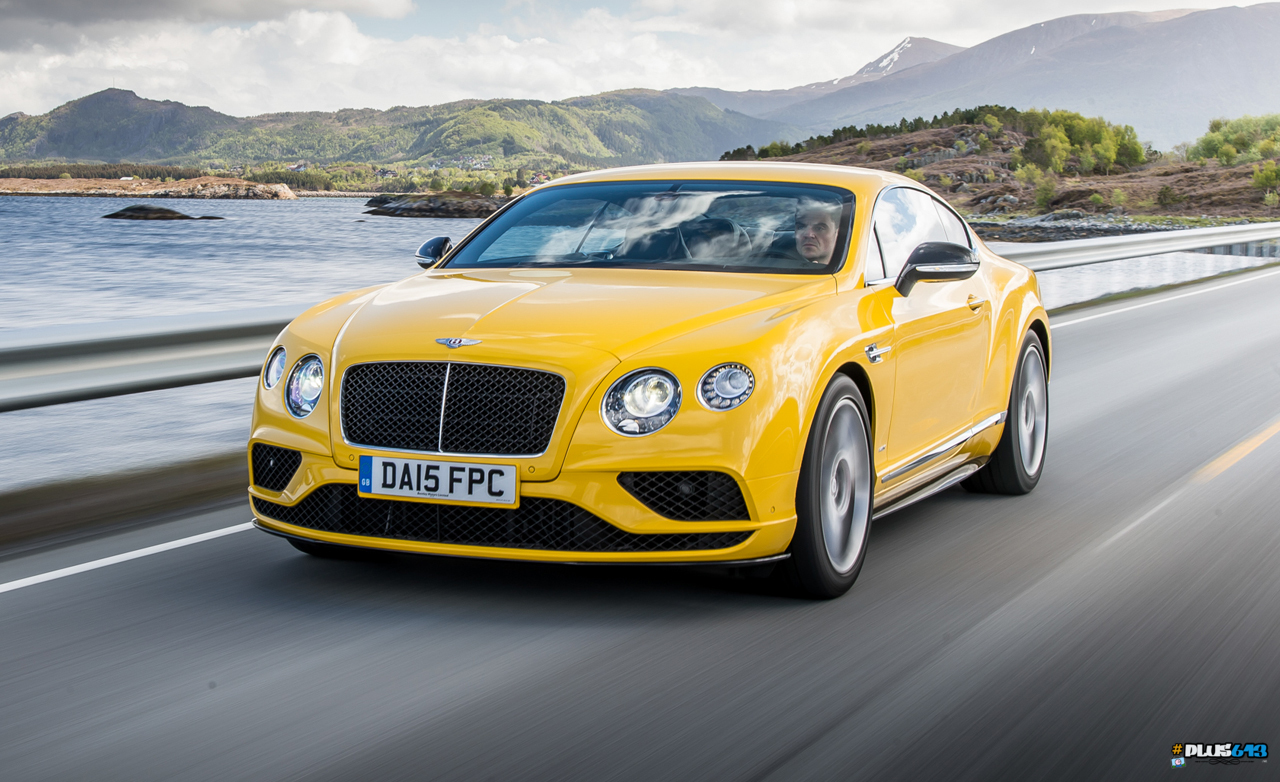 Bentley pulled an ad off youtube because one man complained that it promoted unsafe driving and speeding.
GMAFB.
Ad featured Australian racing legend John Bowe driving a $428,000 Bentley at up to 330 kilometres an hour on the Stuart Highway in the Northern Territory.

Cool as it is, if I had that kinda cheddar to invest in a trick ride, this one wouldn make the cut. Only ones with fender badges like Ferarri, Lamborghini, McLaren, or GT, would make my short list.

Speakin of which, I was thoroughly impressed when Ford managed to pull out a class win at LeMans with their all new Ecoboost 3.5l V-6 powered GT

The new GT is quite nice looking

I'd probably take something with a McLaren badge over Ferrari; always been a McLaren fan and as odd a thing as it is to say, they're far rarer than the other mob.

My wife is the only one around here that gets new cars..

Here's an interesting piece of automotive trivia .... did you know Bruce McLaren drove one of the 3 Ford GT-40s that famously placed 1,2 and 3 at LeMans in '66?

Yeah, I'd be happy w/any of the ones I mentioned but the McLaren does hold a special appeal for me as well. It would still be a hard choice between the McLaren and a GT though. That GT just ozzes sex appeal and gee whiz technology all at the same time

Importantly it looks like they've fixed the door; the previous GT had the door lip at the top which was part of the roof of the car; when Jeremy Clarkson (ex Top Gear) ordered his, they did a thing on the show where he pulled up between 2 cars and couldn't get out, because he couldn't open the door far enough with the roof coming out with the door.

Fortunately they haven't done that this time, that was a serious design flaw.

I did know Bruce drove the GT; an amazing car, but I do have a bit of badge snobbery going on. I couldn't spend that kind of money on a Ford (and I'm not anti ford Holden lover like many Australian's; my first 2 cars were Fords).

But yeah, it is sexy as hell, but .. for that cash.. that badge.. Maybe I really have become a snob, but I'm buying something European for that price; expected to be "a bit below" the price of the Ferrari 458 - I'd have to take the 458.

I need a proper car again.