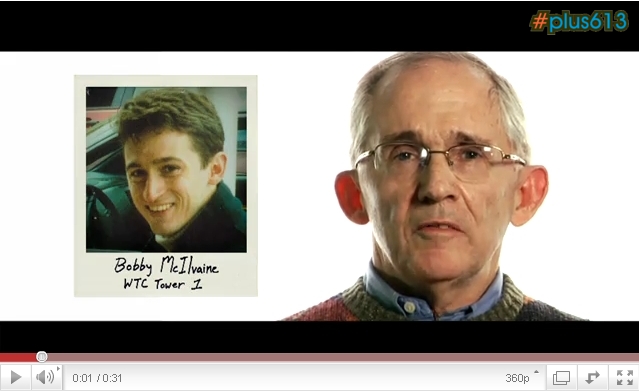 Tell the families what you think.

I'm not really sure what the mystery is here. It fell because it had 110 stories of debris come at it from across the street. The building suffered, amongst fire and other things, a 10 story vertical gash from pieces of WTC1 coming down. Just imagine the force of impact required to cut through 10 stories in the face of a building. It's not surprising it fell, it's surprising it stood as long as it did.

If it was so dangerous why were there people walking in and all around it throughout the day before it fell? Because they knew it wasn't going to just collapse on it's own.

Whatever, I can look at it fall and easily see that it was controlled demolition.

hey, maybe there should be an investigation.......

There was no one 'walking around' in it. There were firefighters working in there until 3:30 trying to put out the fire when they were withdrawn because the building was beginning to sag on one side. They were withdrawn for their safety and it collapsed two hours later.

Secondly, if you ever watch how a controlled demolition is done, they blow out the columns causing the building to cascade downwards. If you look at the official explanation it's due to "structural failure of the main supporting columns". So of course it's going to look like it fell the same way, because it did.

Your options are A:

A. Two 110 story buildings had uncontrolled collapses causing thousands of tons of flying steel and concrete to impact the face of an adjacent 47 story building resulting in structural damage and a fire which also resulted in it's collapse a few hours later.

B. In the middle of the worst tragedy the nation has suffered, when thousands of people had just died, the entire nation was on lock-down, and the air within 5 blocks of the event was virtually unbreathable... a secret team snuck into a building with hundreds of pounds of explosives, exposed and cut into the main columns, positioned the charges, wired up hundreds of feet of detonation cord, and snuck back out and detonated it. They did it all inside 7 hours (assuming they started the moment WTC1 fell... despite the fact it takes a professional demo crew weeks to prep a building) and pulled it off without a single direct witness even though the building was full of NYC firemen who attest to being there.

I dunno, I'm leaning towards A myself.

You're wasting your time, Onyma, logic just won't work. He SAW grandpa pull that quarter out of cousin Orville's ear so it must've really been in there.
Mach Report This Comment
Date: March 29, 2011 03:01AM

First of all 1 & 2 did not collapse, otherwise you wouldn't be able to watch the video of it happening and see everything go up and out, that's not a collapse that is an ex-plosion.

I know you just blow this evidence off, but, you shouldn't, they were actually there, not the people that gave you your "official story."

Option A is far more likely because Option B is can't be pulled off without witnesses. all those conspiracy theorists will never believe what really happened because they get fueled by their conspiracies. They believe the "government" is watching them everyday and listening to their conversations and watching them through their TVs. Careful Mach the black SUVs are pulling into your driveway right now.

"Careful Mach the black SUVs are pulling into your driveway right now."

I know, they're bringing me your information.....

Some of those special, "medicinal" California doughnuts, no doubt. Not knockin' 'em, just sayin'.
jgoins Report This Comment
Date: March 31, 2011 10:59AM

I like a little MJ once in a while. Maybe Mach should try to go one whole day without it.