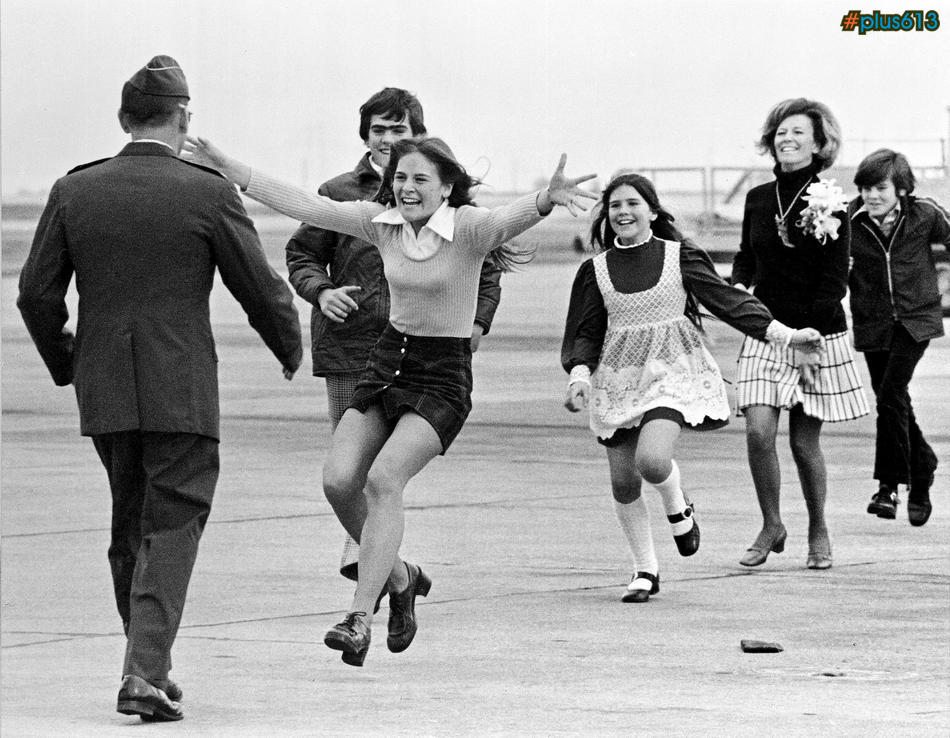 Can't recall for sure though I did when I posted it. After all that was over 9yrs ago 'berto.

Seems like he was a returning POW but I'm not sure

Quoth the wiki;
Despite outward appearances, the reunion was an unhappy one for Stirm.
Three days before he arrived in the United States, the same day he was released from captivity, Stirm received a Dear John letter from his wife Loretta informing him that their marriage was over. Stirm later learned that Loretta had been with other men throughout his captivity, receiving marriage proposals from three of them.
In 1974, the Stirms divorced and Loretta remarried, but Lt Col Stirm was still ordered by the courts to provide her with 43% of his military retirement pay once he retired from the Air Force. Stirm was later promoted to full Colonel and retired from the Air Force in 1977.

Looks like his wife missed out on her shot at an Emmy for her performance in this pic then.

Or, maybe she's just exhibiting her joy knowin she was headed for a big (and UNDESERVED) pay day. What a cunt