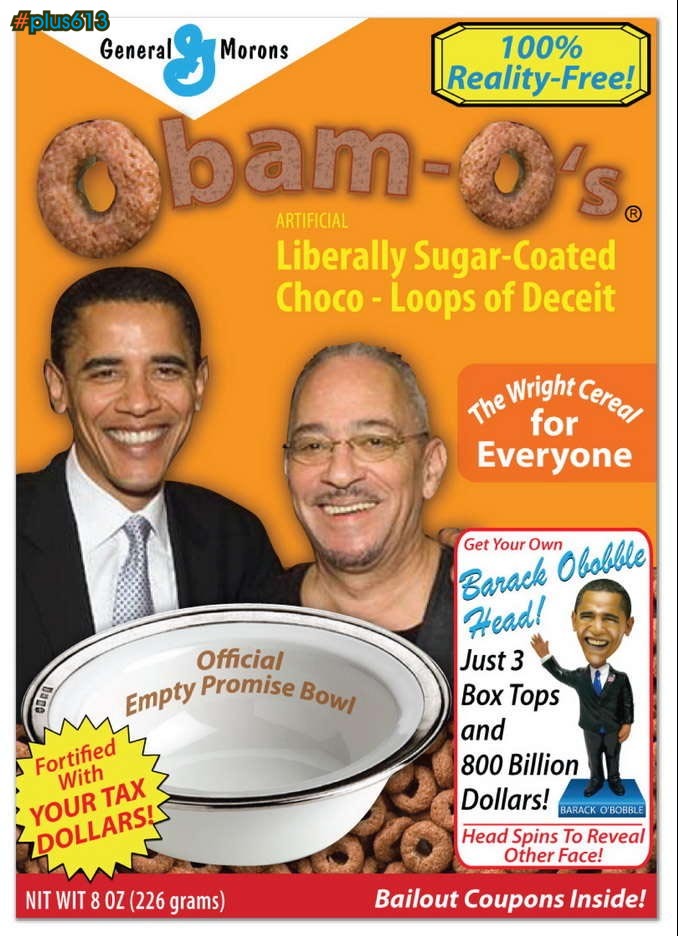 YAY... i wanna box. they also make a Conservative Corn Flakes. With twice the crap as this ONE.

Silly FagMex2000 Obama-O's are for people that pay taxes not those on welfare...

All this money they are spending on bailouts and the economy would be better spent if they would divide the total among every household in the US. It is common sense, give the money to the ones who will put it back into the economy by spending. Give me $80,000 to $100,000 and it will be spent to bolster the economy.
nobama Report This Comment
Date: March 20, 2009 10:34AM

We are too politically correct, we can't even call a spade a spade.