When someone young has too much money 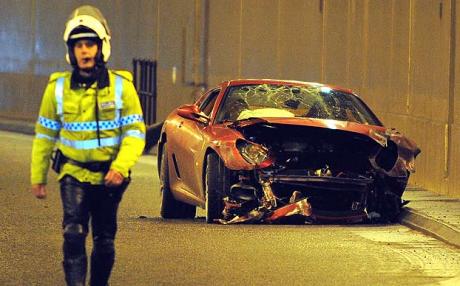 Comments for: When someone young has too much money
woberto Report This Comment
Date: January 09, 2009 06:31AM

He was being followed by his friend and team-mate, in a Bentley. Playing football must be really hard.
pulse Report This Comment
Date: January 10, 2009 12:34AM

The credit crunch is hitting them as hard as everybody else. Because of this accident, now Ronaldo is only going to be able to consider a Gulfstream IV this year, instead of the superior range Gulfstream V.

So spare a thought for those less fortunate than you at this time of year.

Witnesses at the scene say the car was only lightly tapped from behind.Suddenly it flipped over dramatically, rolled ten times,then hit the ground clutching its front wheel.
woberto Report This Comment
Date: January 11, 2009 04:12AM

Soccer players a fags, ALL of them. But if there was millions of dollars on offer, I'd take a dive and cry in public too.
"Don't hate the player, hate the game."
Boycott soccer (especially in Australia).