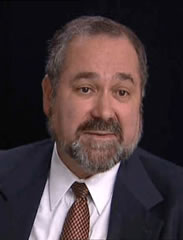 * Essay 10/7/06: Review of Webster Tarpley's 9/11 Synthetic Terror: Made in the USA. "I am forced to conclude that 9/11 was at a minimum allowed to happen as a pretext for war, and I am forced to conclude that there is sufficient evidence to indict (not necessarily convict) Dick Cheney, Karl Rove and others of a neo-conservative neo-Nazi coup d'etat and kick-off of the clash of civilizations. ...

This is, without question, the most important modern reference on state-sponsored terrorism, and also the reference that most pointedly suggests that select rogue elements within the US Government, most likely led by Dick Cheney with the assistance of George Tenet, Buzzy Kronguard, and others close to the Wall Street gangs, are the most guilty of state-sponsored terrorism....

I sit here, a 54-year old, liberally educated, two graduate degrees, war college, a life overseas, 150 IQ or so, the number #1 Amazon reviewer for non-fiction, a former Marine Corps infantry officer, a former CIA clandestine case officer, founder of the Marine Corps Intelligence Center, and I have to tell anyone who cares to read this: I believe it. I believe it enough to want a full investigation that passes the smell test of the 9/11 families as well as objective outside observers."


* Article 10/27/06: "While Steele stopped short of saying 9/11 was a complete inside job, he agreed that the evidence points to the overwhelming complicity of the Bush administration.

"The U.S. government did not properly investigate this and there are more rocks to be turned over," said Steele adding, "I'm absolutely certain that WTC 7 was brought down by controlled demolition and that as far as I'm concerned means that this case has not been properly investigated. There's no way that building could have come down without controlled demolition." [Editor's note: WTC Building 7 was 610 feet tall, 47 stories, and was not hit by an airplane. It would have been the tallest building in 33 states. However, no mention of its collapse appears in the 9/11 Commission's "full and complete account of the circumstances surrounding the September 11, 2001 terrorist attacks." Watch the collapse video here. And 5 1/2 years after 9/11, the Federal government has yet to publish its promised final report that explains the cause of its collapse.]

PLEASE WATCH SOME DOCUMENTARIES ON BUILDING DEMOLITION AND THEN MAKE UP YOUR MIND, THERE IS NO WAY THAT ANYBODY COULD HAVE RIGGED THOSE TOWERS FOR DEMOLITION WITHOUT THOUSANDS OF PEOPLE ASKING:
"WHY ARE YOU PUTTING EXPLOSIVES IN MY BUILDING ?"

2 weeks before 9/11 both WTC TOWERS 1&2 where under a major maintenance job, CCTV systems where also shut down in some areas, it wouldnt be so hard to insert explosives at that time. anything is possible!

i am 100% sure without any doupts what so ever that bush and cheny plus their gang knocked down those towers, using brainwashed arabs by binladen (ex-CIA agent by the way) to perform the task under the umbrella of something they created and called alqaeda.

after that hell broke loose, arabs, muslims or whatever found them selves in shit with no escape or a way out of what was forced upon them by the US.
so in their minds they say: " fuck it!we're gonna kill all these motherfuckers"

and that what you are facing in iraq right now, there is no alqaeda, only frustrated men (resitance) fighting for a lost cause and CIA opratives taking advatage of the situaion to stir shit up and make it bigger than it truly is using again something called alqaeda just to keep US forces in iraq as much time possible, so blackwater can gain more billions and cheny gain more billions worth of oil.

as simple as it sounds, it is simply the truth.

but at the end what would i know, im just another stupid dum arab with no brains,opinions,thought,vision,morals values or feelings, just another terrorist in a hollywood movie!

i have a question for the peaceful muslims.
why the hell are you guys doing absolutly nothing to deter the younger extremist mindset from bringing about the inevitable downfall of islam.
all this about how Islam is peaceful religion is nothing more than horseshit to the average dumbass American, yet you let some jerkweeds push the religion farther and farther away from the mainstream populous.
I'm beginning to think that it is purposeful. if i think this, or am considering it, there are millions who have thought this from the start.

fossil, I agree with your question, one way to check up on the answer is to ask that same type of question right here in America, ask the black man why they act one way but don't correct there own right there in there own nieghborhoods, it's the same outcome..... dead people.

I have no problem with getting rid of terrorist, but, you do have to see the whole picture.... Israel is also a terrorist state.

one mans terrorist is anothers freedom fighter. (sorry had to say it)
Anonymous Report This Comment
Date: May 24, 2007 11:28AM

fossil_digger Wrote:
-------------------------------------------------------
> i have a question for the peaceful muslims.
> why the hell are you guys doing absolutly nothing
> to deter the younger extremist mindset from
> bringing about the inevitable downfall of islam.
> all this about how Islam is peaceful religion is
> nothing more than horseshit to the average dumbass
> American, yet you let some jerkweeds push the
> religion farther and farther away from the
> mainstream populous.
> I'm beginning to think that it is purposeful. if i
> think this, or am considering it, there are
> millions who have thought this from the start.

well fossil, the motivation to go the extreme way is very strong, thanks to the U.S.

it is becoming harder and harder to control young free minds, and guid them the right way, but at the same time i dont see anything wrong with someone wanting to fight back, im not saying it is ok to blow your self up and kill innocent people. to truly fight back, because i dont see any terrorism in fighting and killing well trained fully armed soldiers occupiying your land.

if your going to refer to iraq and tell me "those men your talking about are blowing up innocent people in markets and hospitals." well the situation in iraq is very complicated the are many sides fighting and belive me nobody knows whos fighting who in there anymore.they are simply all killing each other, absolute caious.

i cant see why the americans and israelies can kill arabs as they like and nobody can say a thing, i dont know if you get the news there, but every single night for the past 2 weeks israel is making airstrikes on gaza strip killing at least 10 people a night many are children, i saw the images my self live on palastinian tv while they are draging the bodies outside the bulidings and cars.
nobody says a thing cause it is ok , cause israel and america labeld them as terrorists it is ok to kill them, but why isnt it the other way around, why arent you the terrosits that are kill who ever you want and they are the poor victims of terror.
our side dont have the right to fight back cause if they did they will become terrosits.
look into a muslim's "so called terrorist" eyes youl see frustration and anger.
but look into your president's eyes youll see greed and evil.

regarding the israeli airstrikes in gaza, i swear when i saw these live feeds on palastinian tv i was boiling inside, at that moment i just wanted to go bombard every last one of those motherfuckers.
now thats me!
imagin a young man still not mature enough to control his feeling and his thoughts will do after seeing images like that, seeing all the horrors and injustice his people are going through. what will he think? what will he do?

my man that is a never ending cycle that you brought among your selfs by coming to this side of the world, you shouldve stayed on your side safe and happy,
and i still say we didnt go to you,you came and fucked with us first. 9/11? you made 9/11 to come to us. to our oil, to our resources to our lives. and to insure your little buddy israel so it could sleep well at nigh.

seems all Arabs want to see is Israel firing rockets. they don't want to admit that their whole plan of attack is and will never be accepted by the rest of the world.
Israel reacts like no other country in the world when their shit is f'd with. they bomb the fuck out of you. then the Palestinians want to play the victim. does anyone other than the rest of the world see reality? seems not.
"the destruction of Israel" will never happen as long as a warring party is involved.

I guess he's bussy catching up