Hey look the circus is in town! 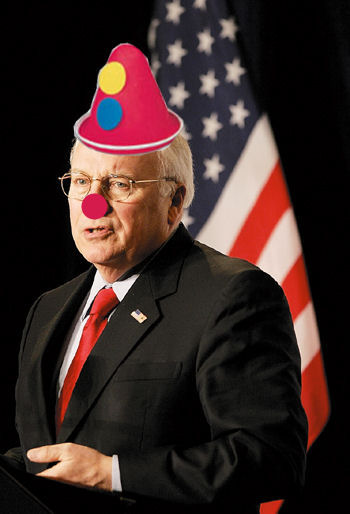 
“The Factor” has been investigating far left billionaire George Soros, a man who wants to impose a radical left agenda on America. And under the radar, he is making great progress.

Soros has set up a complicated political operation designed to do two things: buy influence among some liberal politicians, and smear people with whom he disagrees.

Now here's a chart of how Soros and a few other wealthy radicals who help him are funneling money into the political process. Stay with me on this. Most of Soros' political money flows through his Open Society Institute. You see it there on the left, which is almost unlimited funding.

Since 2001, according to federal documents, the Open Society Institute has given nearly $20 million to the Tides Foundation right below that. An astounding amount.

Now Tides, in turn, funnels the money to a variety of radical hatchet men who are all well paid. For example, Tides has donated millions to the vile propaganda outfit Media Matters, which specializes in distorting comments made by politicians, pundits, and media people. Media Matters is an Internet site, but directly feeds its propaganda to some mainstream media people including elements at NBC News, columnist Frank Rich and Paul Krugman at The New York Times, columnist Jonathan Alter at Newsweek, and Bill Moyers at PBS. — In fact, as president of the Shoeman Center Foundation, Moyers oversaw at least a $500,000 transfer of money to Media Matters. — We'll have more on that tomorrow.

Now George Soros is also pouring money into the Center for American Progress, run by former Clinton aide John Podesta, and the Democracy Alliance Group, both of which fund Media Matters as well. So you can see the enormous amount of money this Media Matters has control of.

Finally, George Soros has given the radical left organization Move On many, many millions of dollars. — This group actively supports liberal politicians like Howard Dean and John Edwards. It also organizes demonstrations promoting left-wing causes.

So you can see how powerful this guy Soros has become. He can smear anyone he wants in a variety of ways. His organizations can raise millions for politicians, who will do his bidding. Thus, he can demand that politicians running for office do what he tells them to do.

If the liberal politician doesn't toe the Soros line, he or she will be denied funding and brutally attacked. — Just ask Senator Joseph Lieberman about what Move On and Media Matters did to him.

Now "Talking Points" has reason to believe John Edwards is taking orders from the Soros group right now. And other Democratic politicians may be as well.

The goal of George Soros, Peter Lewis, Suzy Thompkins Buell and other radical financiers is to buy a presidential election. —By that I mean find and fund a candidate who will tacitly do what he or she is told to do.

In the past, big business has been accused of doing just that. Now it is the likes of George Soros — an extremist who wants open borders, a one world foreign policy, legalized drugs, euthanasia and on and on.

The really frightening thing about all this is that most Americans have never even heard of George Soros. his is off the chart dangerous, but completely legal under the McCain-Feingold Act.

In the weeks to come, we'll have more on Soros and his operations, including naming more of the mainstream media which is actively helping him, which includes Rosie O'Donnell.

There is a huge problem with the premise of this article. Political power hasn't been acquired despite the millions spent.

Bill Orally is paid by the Bush admin like Armstrong Williams.

Now that is buying political power.