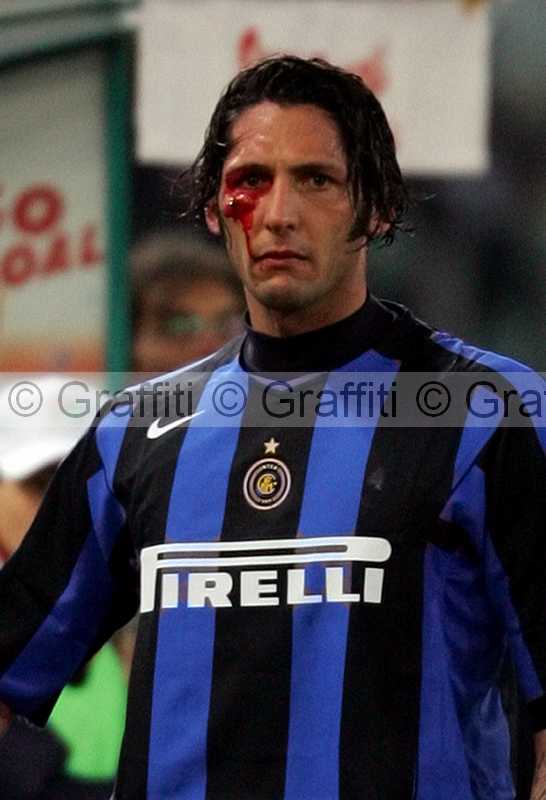 he did not say terrorist you french asshole..

funny how you can blame one player that got hit by a 36 yr old "champion" that cannot control his nerves..

just stick your daily baguette up your ass you french motherfucka

all italians are corrupt from the church to the spaghetti eating fucks..
Anonymous Report This Comment
Date: July 12, 2006 04:18PM

he wished his mother and sister die in a terrorist attack. that's low.

I think the mafia needs to visit Materazzi. No woman and children.

Dear anonymous persons, why don't you go and read what Zidane declared? He didn't talk about any reference to razism or to terrorism, he only talks of bad words concerning the women of his family:
[news.bbc.co.uk]

...basically in that interview Zidane looks a bit pathetic, reminds of a child crying out "mum they told me bad words, buaaaaah!"

you simply lost the match. stop pumping this stupid story. Materazzi is a childish idiot and Zidane is an even worse idiot reacting to his provocations.

cheating fuckers thats the only way you could win.materazzi is a fucking arse hole
Anonymous Report This Comment
Date: July 13, 2006 12:38PM

mkcerusky Zidane didn't say any specifics so you can't say if it involved terrorism and\or his family.

Zidane's headbutt made me think all soccer plays weren't the pussies they appear to be.

I guess you never studied mathematics or logics, dear 9725 because you seem to have problems with implication statements.
Using your reasoning one could even think that Materazzi told Zidane things like "hello I love you want you tell me your name", or "I like the pope", or "your breath stinks", "or merry X-mas". The fact that we don't know what he said doesn't imply that he talked about terrorism, it only implies that we don't know what he said.

However, even if he had talked about terrorism, what's the problem with it? People call italians "mafiosi" any moment, even on the newspapers during the world cup they said we were the mafia, but we don't react with aggressions. And if you think "mafioso" is not an offense, then go an study a little bit of history of the last 150 years.

FIFA called Materazzi to Zurich for meeting today. His lying tongue will be exposed.
SPANISHSPANNER Report This Comment
Date: July 19, 2006 08:21AM

ITALY WONT THE WORLD CUP... ZIDANE IS A FUCKING SOOK AND STILL SUCKS HIS MUM TITS FOR MILK... GREEKS ARE FAGGOTS...