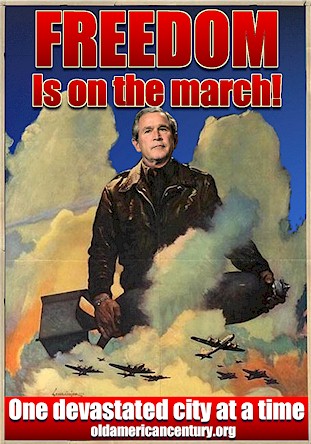 Whatta guy mr "anonymous", post an obviously politically slanted BS pic on here and too chicken shit to even put your name to it. Really shows how personally committed to the ideaology you seem to be espousing you must be.

I bet you sit down to pee too doncha ?

If you actually posess a set of balls, how 'bout a reply defending the position you seem to be alluding to WITH a name? Lemme warn though, you might need to borrow some spare brain cells 1st, the 2 or 3 you have rollin around up there aren't likely to get you through this and out the other side without some help :>

Yawn ....
Oh yeah, that's oh so much better. No name attached, still nutless/gutless and as yet no explanation for the posting.
Damn, and I tried so hard to make it easy for ya too. But ... I knew that lack of available brain cells was gonna be a problem :>

No, not really. The things I do know are based in what's been presented only, no more :
1. Still no name attached to the anonymous post by the poster.
2. Still no reasoning stated for the post itself.

Well ,well, well. I guess that is what makes this site so cool. You can say just about anything, that is until free speech is abolished. Lets take the issues at hand. Democracy is suppose to be a good thing, but it does not work all the time. Look at Palestine, and if we think Iraq is going to be any better, well, I don't think so. Bush is trying to right a wrong, only problem with that is, while doing this, he created a massive black hole which can not seal itself off. Saddam was not the answer I agree, but is Bush really any better? Does American Justice work in Iraq? Hell, it don't work here. I think we need to stop trying to run the world and get away from the very thing our forefathers fought so hard to get away from, a Tyrant.
Fuck_off_Mr_Quim Report This Comment
Date: February 25, 2006 01:30PM

As democracy is perfected, the office of president represents, more and more closely, the inner soul of the people. On some great and glorious day the plain folks of the land will reach their heart's desire at last and the White House will be adorned by a downright moron." - H.L. Mencken


that's right folks .. Bush is spreading freedom from rational thought around the globe.
duane Report This Comment
Date: February 28, 2006 06:38AM

Fucked up idealism,you guys are just waiting for Bush to fail with mouth watering.Hell I dont think Bush went far enough.The reason Sadam kept control is he was brutal on the people of Iraq.Why we cant keep control is a joke when Abu Graib or however you spell it is front page news.One fighter gets into the other fighters head and makes him fear.How do you scare someone who does not fear death?Hit him where it hurts.The trophy is in the corner and it seems they are the ones still putting fear in the people.Our only fault is being to nice in war.
Anonymous Report This Comment
Date: March 14, 2006 09:53PM