Not a good scan but it will do for now 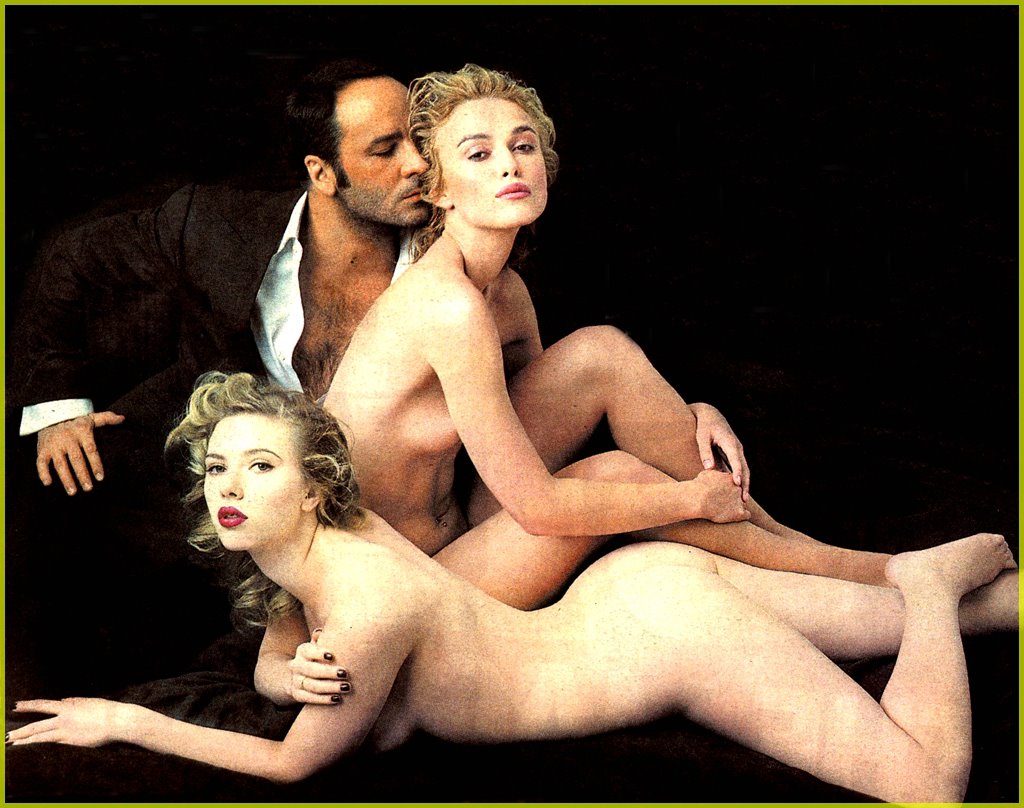 Two of Tinseltown's brightest young stars, Keira Knightley and Scarlett Johansson, bare all in the latest Vanity Fair, posing nude for the cover of the glossy magazine's annual Hollywood issue.

Shot by Vanity Fair's renowned celebrity photographer Annie Liebowitz, the cover image carefully positions the two naked stars to avoid any over-exposure with Johansson, 21, lying on her stomach in front of a sitting Knightley, 20.

I would have loved to be able to put my original logo on that.

Shadez you could have been my bag carrier if you liked

From Reuters: "Designer Ford stepped in when a third female actress, Rachel McAdams, bowed out due to the nudity."