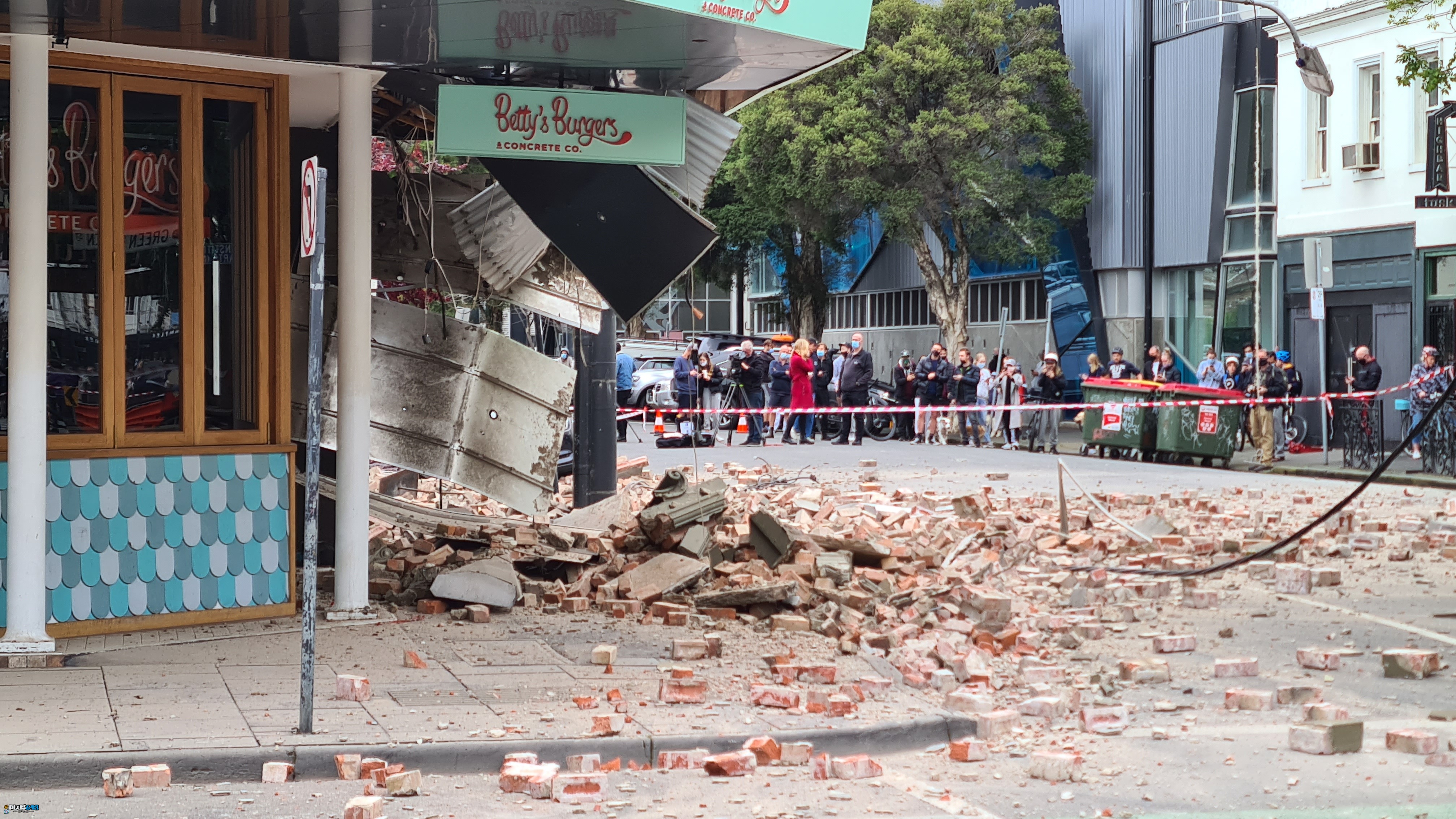 Comments for: Melbourne has strongest earthquake ever recorded (here)
pulse Report This Comment
Date: September 23, 2021 12:57AM

Honestly this is about the only damage that happened in the city; a heritage building had part of a wall and its ceiling collapse.

Earthquake measured around 6, which is massive for Melbourne but the quake itself was also around 150km from the city. In my life I can only remember 2 other tremors and those were barely enough to realise anything was even happening. This one was quite pronounced, and the shaking ran for 20-30 seconds but the damage was minor for a city which is not built with earthquakes in mind.

I noticed that on the news here - -typical media hyping up what happened, but I was like 'that all looks like the same building from different angles'.
pulse Report This Comment
Date: September 24, 2021 11:30PM

Yeah you know they're stretching the damage angle when they were reporting on some bricks that fell from a chimney.

I was meeting somebody for coffee on the day who lives just up from where I took this damage picture. That's certainly all I saw and pretty much all that was reported. It was a bit scary how long it shook for though. If it kept going it might have been different.