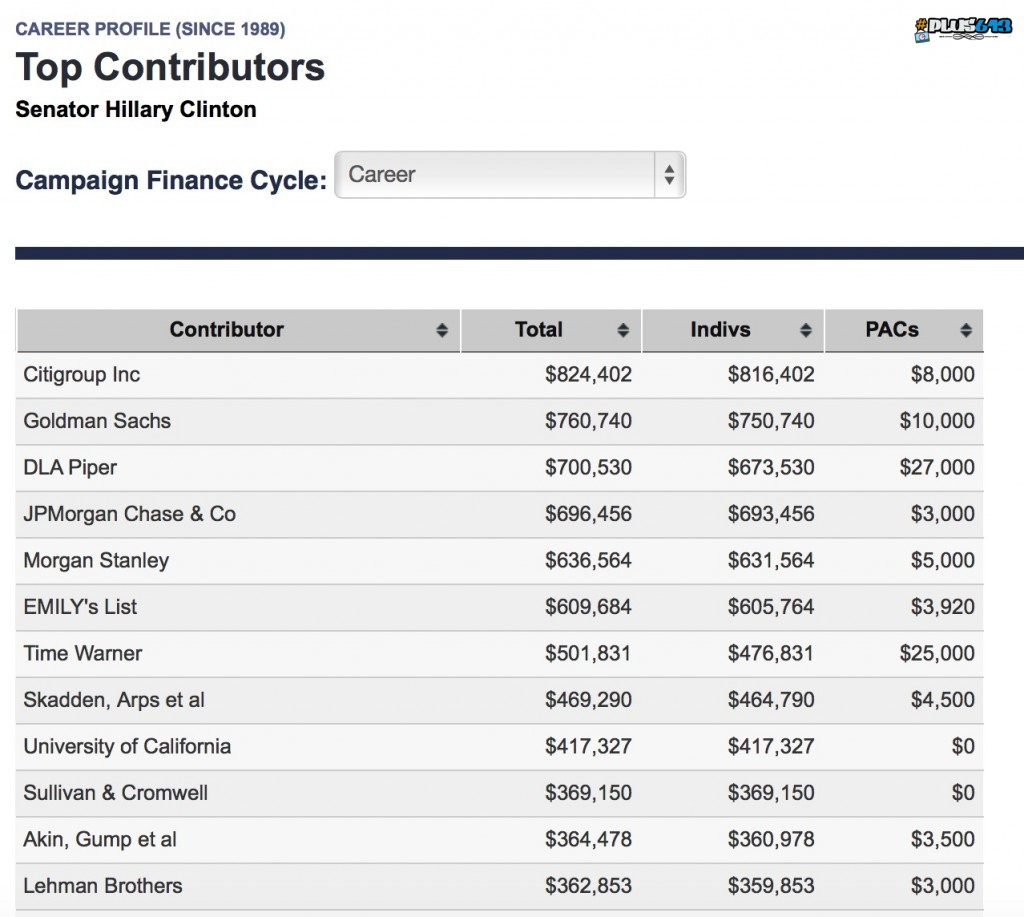 Of course she is corrupt anyone who denies it is just blindly following. This clearly shows how easily she can be bought. She has already had two terms as president of the US she doesn't need any more.
ester Report This Comment
Date: May 13, 2016 09:34AM

Yeah because she's the only candidate that corporations donate to.

You do realize Bush is not running anymore?

Hilary is so crooked she will have to be screwed into the ground after she dies. The Clinton family is all about lies and cover ups. The only thing I want Hillary President of is the prisoners league in the federal pen.

Ah so your criticism is selective and it's ok to ignore one of the most corrupt, bought off politicians ever.

I don't need to see anyone's tax returns to know they are crooked. I am a born and raised Arkansan and am very familiar with the Clinton's and know just how crooked they are. I voted for Bill way back then just to get them out of Arkansas, now I would like to get them out of the US but that's just not going to happen.

Bush is no longer President so therefore no longer relevant to the situation, time to move forward.

Seeing as I am an expert on everything I will offer my astute observations on this one.
The game of political donations is clearly defined, it's corrupt but it's clearly defined.
Hillary is not very good at playing the game. Hillary should be in prison for accepting way too many donations on and off the books that were technically illegal. But is she that different to everyone else? No not really but they followed the rules of the game. It's corrupt but it's clearly defined. They win, she loses. But here she is, still running. Gotta wonder why she is not indicted.
So if it's a choice between her and The Apprentice, I expect lots of Dem's will just not vote.

I don't think you're an expert. I think Matt Stone and Trey Parker from South Park are.

It gets more and more accurate every election I see.

I hope Trump is the giant douche because the country needs a giant douche to clean it out real good after Odamna screwed it so badly.

All the laws Hilary must have broken in the past and present and she is still not in prison. The political establishment loves her dearly and is clearly protecting her from prosecution. 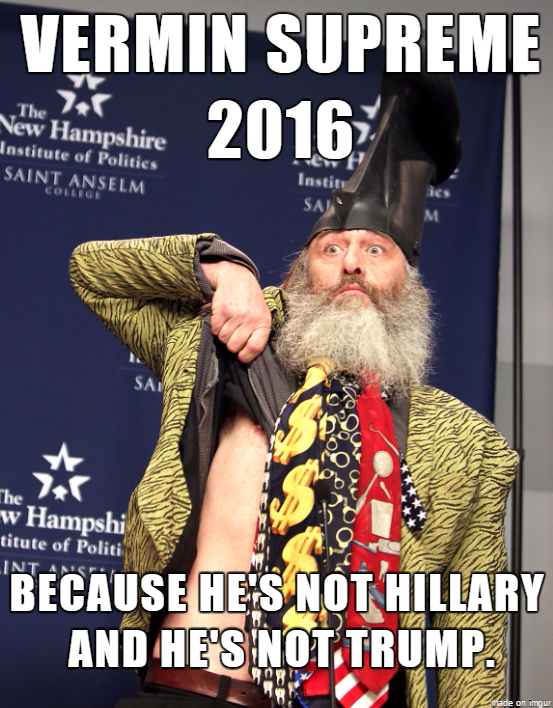 I don't think it matters which is which.

No, I think voting is great, but, if I have to choose between a douche and a turd, I just don't see the point.

Bill is the giant douche in that example, Malcolm the turd sandwich.

The presidential election really amuses me; Australia called an election, what, a week ago? And it's in 6 weeks' time.

The US does this crap for about 3 years before the actual election it feels like.

I don't know much about Australia's elections but if nobody voted then I imagine the election would be determined by only a handful of people. Then I imagine we would get the leadership we deserve. I really don't think Odamna has done anything good for our country and Hilary says she will follow his lead so I would really like to see just what Trump can get done. If he can get rid of all the political correctness in America and do most of what he said I will be near the engine of the Trump train.