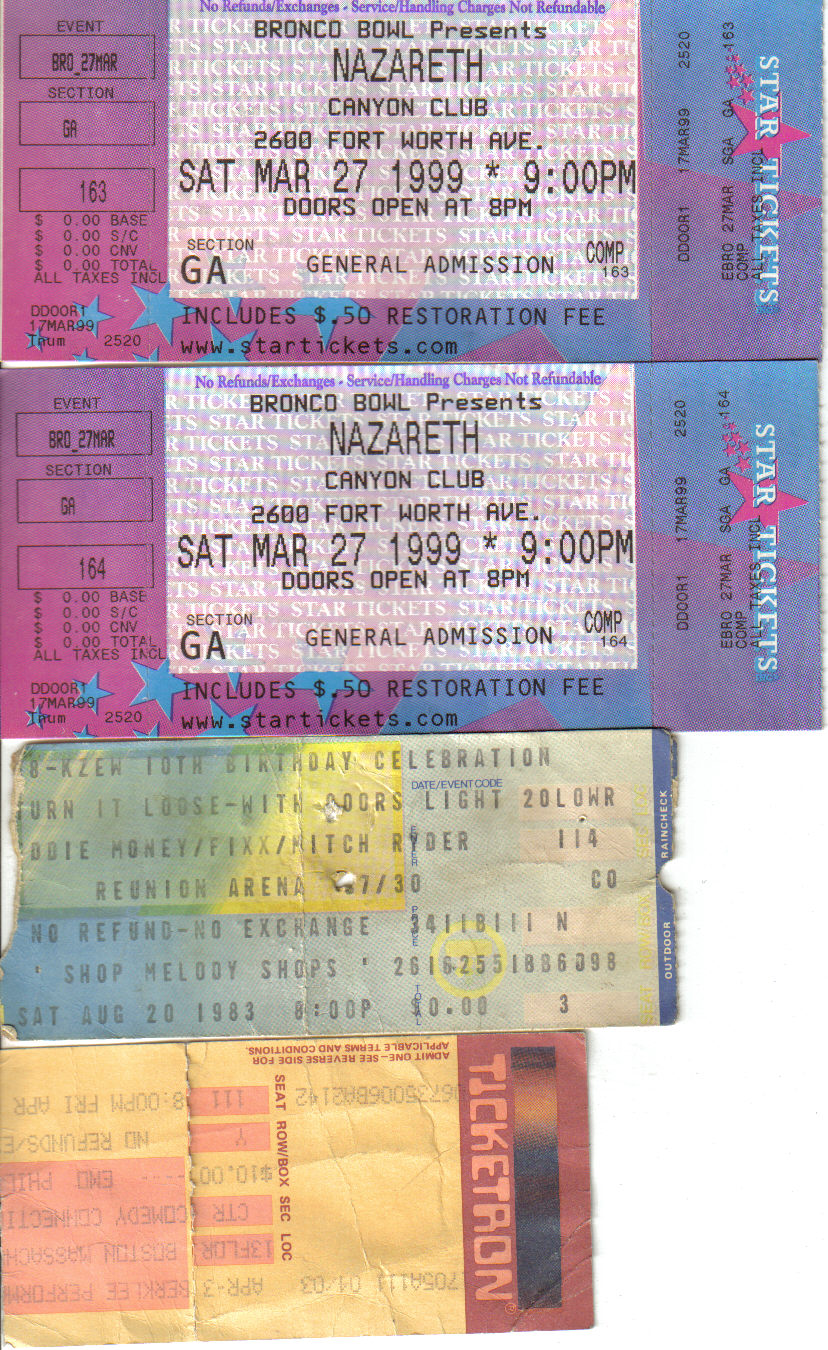 Damn! Nazareth Rocks, I seen those guys a couple of times, one of them was later on when they were playing smaller venues, we were literally sitting about 6-8 ft from the singer, he walks over and starts letting us sing in with him! You know who copied off them? Guns-n-Roses, check inside their CD and you'll find at least one name from a Nazareth guy, thanking him.

this was a "later on" show in a 2000 seat theatre the other half of the building is a bowling alley. awesome place to see a show. throw a few frames after the show.

forgot to say that it's a Home Depot now.

Yeah man the Bronco Bowl was an awesome place for seein a band ! I can remember as a kid when it was built and what an amazing place it was in that time.